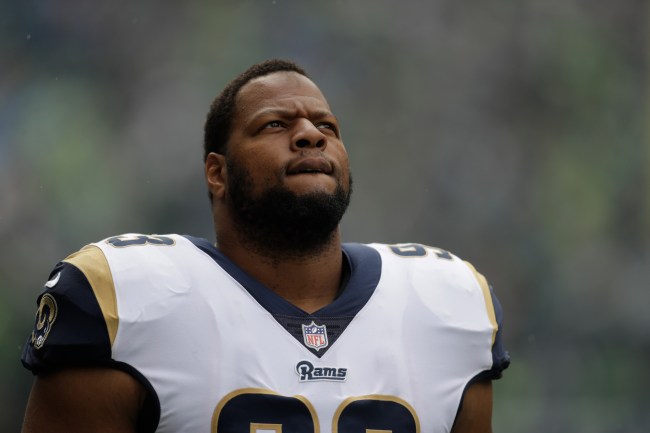 31-year-old Ndamukong Suh is currently a nose tackled with the LA Rams. He was previously on the Miami Dolphins and Detroit Lions rosters. At every point in his career, he’s been criticized for being aggressive or ‘dirty’ on the field.

The man had been fined over a quarter million dollars through 2014 ($255,375) for egregious penalties on the field. He’s been suspended for two games, incurred seven player-safety violations, and he’s lost more than $165K in wages because of those infractions.

I don’t think anyone anywhere would be shocked to hear him called a dirty player. I do think a lot of people would be surprised to learn that his life path nearly led him to boarding school in Europe where he had plans to become a professional soccer player.

It’s Matchday 3 in the Champions League right now, the most prestigious annual soccer tournament in the world. This year, Turner Media owned B/R Football (Bleacher Report) has the TV rights to show all the matches. They’ve made some pretty questionable decisions with their coverage thus far, most notably bringing on former NBA all-star Steve Nash as one of their hosts.

Do they really think that American soccer fans need superstars from American sports in order to care about Soccer? Well, it appears they do because yesterday they had Ndamukong Suh on the pre-game show as a guest where he gave predictions on who he thought might win the matches and he talked about his life as a soccer fan.

He’s had a life full of soccer. His dad played semi-pro soccer in Germany and he played for the Cameroon National Team. His sister played in college at Mississippi State. Ndamukong Suh himself is apparently a really big Arsenal fan.

It turns out, both Ndamukong Suh and myself quit soccer for the same reason: red cards. I’ve mentioned this here in the past but I was the first student in the state of Florida to get *banned* from school sports for 6 weeks because of some new red card rule at the time. I’m sure there have been plenty more banned since then, or they changed the rule, but I was the first and I quit soccer because I’m still salty as f*ck over the incident. I never even committed the foul. I was on the other side of the field/pitch. The ref ran over and gave me the yellow card, I argued, he then gave me a red card. I was like 80 feet away from the action. It was such extreme bullshit. Anyway….

Here’s what Ndamukong Suh told Bleacher Report about why he walked away from a life of pro soccer in Europe “I was supposed to go to Europe and go to boarding school – supposed to become a professional soccer player but my dad and my mom weren’t having that. But how it ended was I got too many red cards. I was a little too aggressive on the pitch.”

When did @RamsNFL defensive tackle Ndamukong Suh know it was time to switch from soccer to football?

The dude weighs over 300-pounds. Yes, a lot of that is muscle. He could’ve spent his life *not* putting on that muscle had he gone down the path of trying to become a pro soccer player in Europe like his dad. He IS an incredibly talented athlete, one of the best at his craft.

But I really can’t imagine someone with his frame playing 90 minutes (likely as a defenseman) against guys like Cristiano Ronaldo or Lionel Messi. I think the NFL was always his home. Maybe I question his soccer skills because off the field he’s an Arsenal fan and I pull for Tottenham Hotspur, the best team in North London.