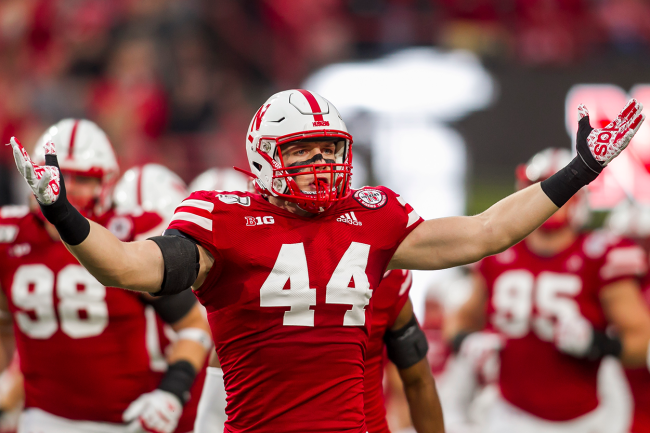 Nebraska football went 3-9 last season and finished the year on a six-game losing streak. The Huskers went 1-8 in conference, lost four of seven games at home and all five games on the road.

It was brutal. Head coach Scott Frost’s fourth year with the program was his worst and it marked his second-consecutive three-win season after four wins in year one and five wins in year two.

As a result of the terrible record in 2021, Frost is firmly on the hot seat. However, if things had gone just a little bit differently last fall, that may not be the case.

Of Nebraska’s nine losses, eight were within eight points and all nine were within ten points.

In all nine games, one turnover and a score could have flipped the entire season on its head. So while it was abysmal and depressing, there was also a lot of underlying hope.

When asked about the nine one-possession losses from a year ago, star linebacker Garrett Nelson explained how it felt in hilarious fashion. He likened the feeling to a night at the bar when a girl of interest is actually in a relationship.

Garrett Nelson sums up the close losses last season:
"It's like going to a bar every Friday and talking to a chick all night and all of the sudden her boyfriend walks over and takes her home." #Huskers

Nelson’s analogy hits home for a lot of people out there. It’s a brutal, disheartening feeling that, apparently, feels a lot like losing nine football games by 10 points or less. Brutal.