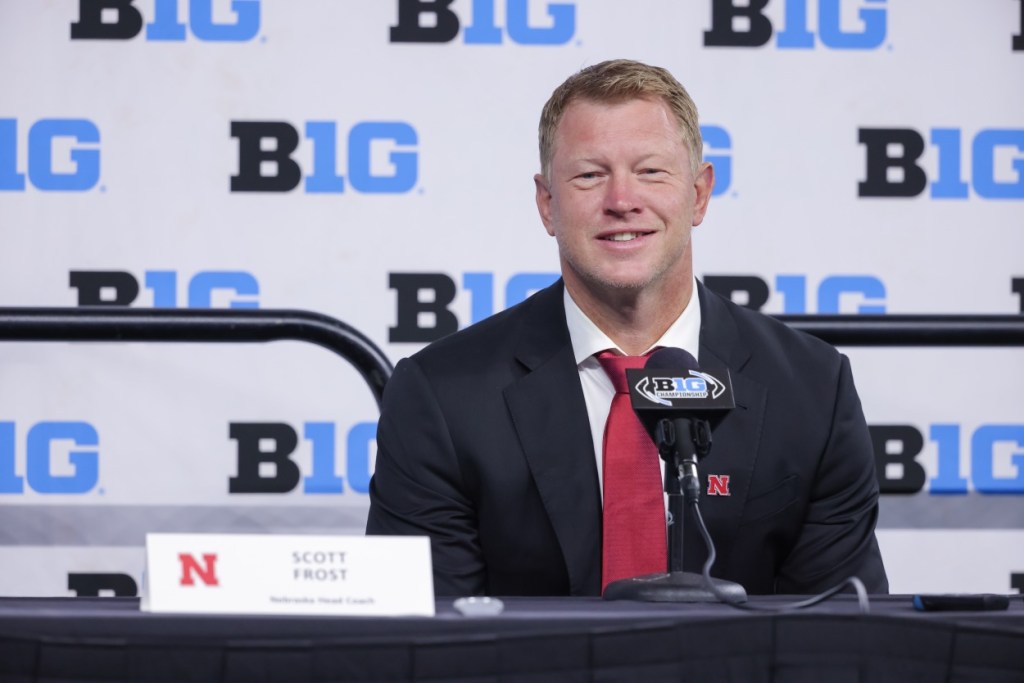 Working out so hard that it leads to vomiting isn’t the sign of a great workout, it’s a sign that the body is in distress. There are multiple potential causes of exercised induced-vomiting and none of them are healthy.

I was never on the football team but I experienced plenty of exercised induced-vomiting on the rowing team. When the water was too rough or on the rare occasion it was too cold (in FL) we’d spend practice working out on the Concept 2 ergometers/ergs (rowing machines). There was even an annual ‘race’ that was an indoor rowing machine competition on Florida’s East Coast where probably 50% of the room was pulling so hard they either threw up or pooped themselves.

That’s not a joke. Sooooo many guys were pooping their unis from pushing their bodies too far. But that was then and this is now. And we know how dangerous pushing athletes that far can be. Scott Frost and his team are taking a lot of heat online after these quotes a recent radio appearance from the Nebraska Football head coach.

Offensive line coach Donovan Raiola is coaching his position group intensely, Frost said. To the point that he estimates there are 15-20 vomits every practice from those linemen.

“It’s not because they’re not in shape – he’s just working them hard,” Frost said. “I think they love it. He’s kind of freed them up to go be aggressive and I love the way they’re coming off the ball.”

“It’s not because they’re not in shape – he’s just working them hard.”

I’m not a doctor but if the linemen are throwing up 15-20 times per practice, that’s probably not great. Scott Frost himself says it’s not because they’re out of shape. So clearly they’re being pushed too far in too harsh of conditions. And this is a sentiment being shared online by many.

CFB Fans React To These Comments From Nebraska’s Head Coach

And this is at a big time college football program. Now think about some of the guys "coaching" youth football that have this mentality. The "back in my day" dinosaurs need to adapt or be pushed out of the game or football won't last.

Right, hey Coach Frost…
This is not something to be bragging about or have as a goal.

I feel like the whole Scott Frost era at Nebraska has been one big vomit https://t.co/cnU9LGwZLz

"We just feed them gallons and gallons of milk. They walk around puking everywhere. The smell is really something you'd have to be here to believe. These have been our best practices, I really think the players are starting to buy in."

Yeah. So much data now. You don't just run guys into the ground. Taylor what needs to be done. Yelling and screaming when in the weight doesn't mean you are harder than others.

The Nebraska Cornhuskers received 1 single vote in the preseason AP Top 25 poll which naturally means they are unranked. Their over/under for wins total this season is 7.5. Currently, there are three ranked teams on their schedule including #9 Oklahoma, #8 Michigan, and #18 Wisconsin.

Is this their year? Scott Frost is coming off a 3-9 seasons in 2021. He has had ONE single winning season in his career. Will this be his second?

Jim Harbaugh vs Scott Frost in a fight, who wins? https://t.co/iwT5g3X0Y3