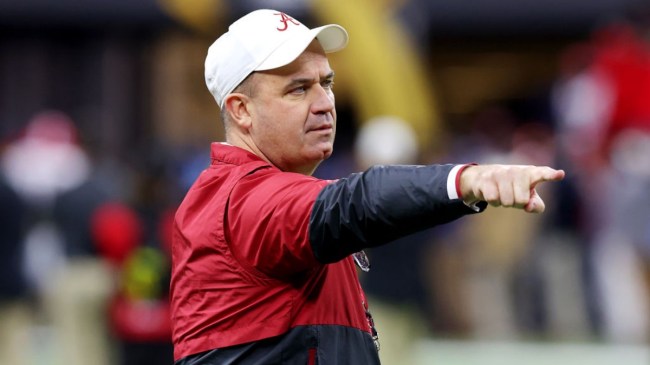 The nightmare is finally over for the New England Patriots offense.

They finally went out and hired an offensive coordinator today,

The move comes after the offense struggled throughout this season with Matt Patricia acting as offensive coordinator instead of somebody with actual experience that would have helped them succeed in the position.

That decision led to some issues in the locker room with players believing that the organization didn’t put them in a position to succeed.

With their hiring of Bill O’Brien, that shouldn’t be an issue during the 2023 season.

However, that hire will likely have a disappointing consequence.

Bill O'Brien's arrival in New England as the team's new OC basically torpedoes any shot DeAndre Hopkins would approve a trade to the Patriots.

The Cardinals are expected to trade Hopkins this offseason after a disappointing 2022 season. The team is beginning to rebuild as they just hired a new general manager, are looking for a new head coach, and are unsure about when Kyler Murray will be available next season because of his ACL injury.

The Patriots were seen as one of the teams who would likely be interested in a move for Hopkins given their questionable options at receiver. Jakobi Meyers has been their best receiver in recent years, but is heading for free agency.

The team doesn’t have many dependable options beyond him.

Unfortunately for the Patriots, Hopkins and O’Brien don’t have the greatest history.

O’Brien orchestrated the trade that sent Hopkins to from the Houston Texans to the Arizona Cardinals and there were reports of friction between the two before the trade.

The Patriots went out and got the offensive coordinator they wanted for next season, but now it looks like they’ll need to find another option if they’re going to make a big move for a wide receiver.