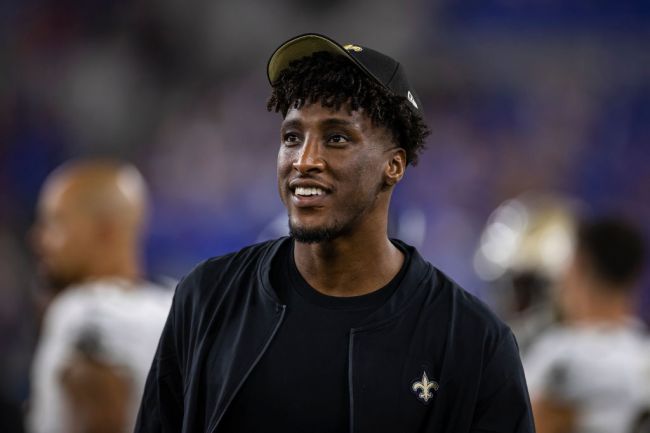 The New Orleans Saints are still days away from beginning training camp and they are already dealing with a major injury. The Saints have placed star wide receiver Michael Thomas on the PUP list ahead of the start of camp.

Thomas suffered and ankle injury early on in the 2020 season that kept him out of 7 games. Thomas was able to return and attempt to play again during the season, but went back on the IR before the end of the season. He returned in time for the playoffs, but was still dealing with the injury after the season.

Thomas then underwent surgery during the following offseason and the timing of that surgery caused some friction between Thomas and the Saints. The injury cost him the entirety of his 2021 season.

Now it seems the injury is still costing him time as he’ll al least miss the beginning of training camp.

It’s a concerning development for the Saints as they had to be hoping he’d be ready for camp more than a year after he had surgery on an injury he suffered nearly 2 full years ago.

The Saints may need to be able to lean on their receivers early on in the 2022 season as Alvin Kamara faces the possibility of a suspension stemming from his arrest in Vegas.

If Thomas is able to return to something close to full strength next season, it will be a major positive for the Saints. His last full season saw him set an NFL record with 149 catches and he turned those catches into 1725 yards.

Dependable production like that would be a big boost for Jameis Winston as he returns from a major injury of his own.

He’ll just have to hope that Thomas is finally able to bounce back from this injury in time for the season.