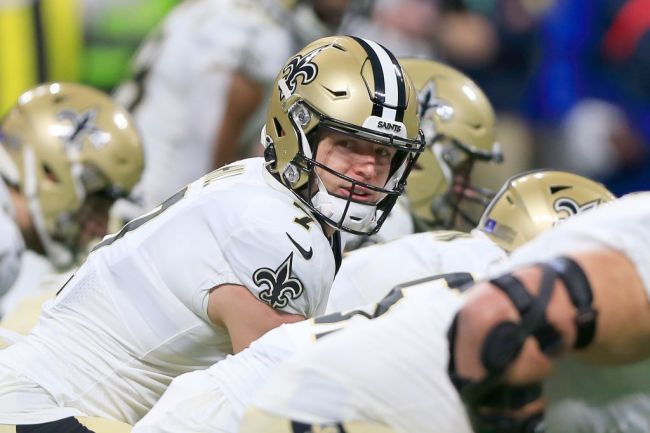 With the New Orleans Saints missing out on Deshaun Watson, they continue to have major questions at the quarterback position.

They have been linked with a move to bring back Jameis Winston for another season. There are still some options available through trade. However, it still hasn’t become clear who they will actually be able to land to lead the team.

We did learn one thing about the Saints’ quarterback position today, though. We learned who won’t be their starting quarterback.

According to Saints beat writer, Larry Holder, Taysom Hill won’t be a part of the starting quarterback discussion this season.

Taysom Hill does not appear to be part of the quarterback conversation in New Orleans. https://t.co/l56iB2KgzR

It’s about time. Taysom Hill should never have been in consideration to be the starting quarterback for the Saints and shouldn’t have been given his 4 year, $40 million contract last season.

He has been a major disappointment as a QB when given the opportunity to start. He has a career 1:1 TD:INT ratio. He has dragged down his teammates in every single start he has been given. He has even managed to average less than 100 passing yards per start.

The one issue here for the Saints is that they are more or less stuck with the Hill contract at this point. He can’t be cut for 2 seasons without carrying at least $13.9 million in dead cap.

Still, it’s a good sign that the Saints have at least figured out that they were very very wrong about Taysom Hill. Now they just need to do whatever they can to make sure they convince Jameis Winston to come back for another season.