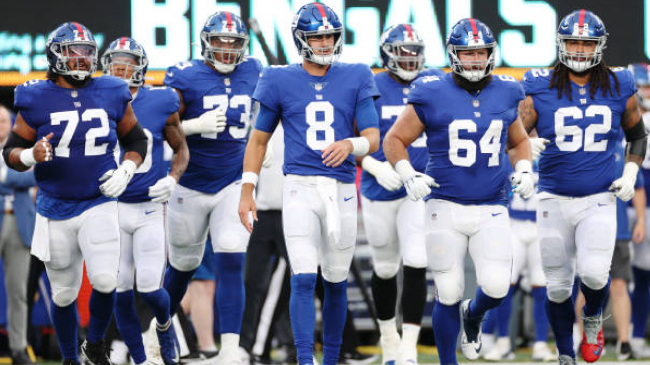 New York Giants fans have been having a rough few years. It has been 5 years since the team last finished a season with a winning record, the franchise has gone through multiple coaching staffs, and the team hasn’t showed any signs of improvement throughout the past 5 years.

It turns out, the Giants looked into making a move this offseason that would have helped fans forget about the organization’s recent struggles.

According to ESPN’s Brady Henderson, the Giants were one of 3 other teams who called the Seattle Seahawks about Russell Wilson before they traded him to the Denver Broncos.

How Russell Wilson and the Seahawks lost faith in one another: https://t.co/DItgMU73Uz

Wilson could have been a huge addition for a team that has struggled at quarterback since Eli Manning exited his prime and the Giants would have been able to offer Wilson an intriguing supporting cast on offense.

Instead, Giants fans are now left to continue to deal with uncertainty at the position.

Daniel Jones has been a disappointment for Giants fans ever since the franchise decided to draft him 11 spots too early in the 2019 draft.

Ever since then, he has failed to perform at the expected level and the offense has suffered. This offseason, plenty of people around the organization have chimed in with outside factors that may have led to his disappointing play, but the fact remains, fans expect more from him.

There have been times that fans have believed this is a “prove it” year for Jones, but this really might end up just being a placeholder year. The Giants were clearly ready to move on and it wouldn’t really shock many fans if Jones was replaced by Tyrod Taylor at some point this season.

Unfortunately, as they potentially watch that transpire, Giants fans will only be able to wonder what could have been if the team had been able to land Russell Wilson.