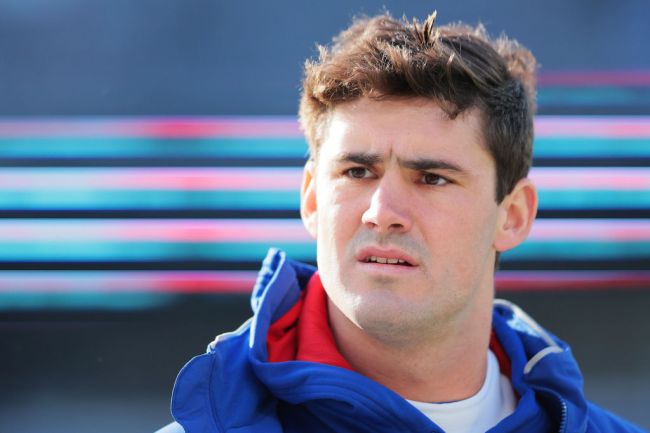 The New York Giants officially have a quarterback controversy on their hands.

After starting the offseason by announcing their belief in Danny Dimes, every indication from the Giants has been that there is going to be some competition coming. They had been linked to Mitch Trubisky over the last couple of weeks, but when he signed with the Steelers, it became unclear what the Giants would do at QB.

Now we’ve gotten that answer. Adam Schefter reported today that the Giants are signing Tyrod Taylor to a two year deal worth $17 million.

Tyrod Taylor has spent plenty of his career as a backup or intended to start until a developing quarterback was ready to take over. So, this could actually just be the Giants securing a safe backup for a QB that spent a chunk of last season injured.

However, there are a couple of interesting notes about this contract. First of all, $8.5 million per year is a lot to pay a backup quarterback, especially for a team that isn’t in the best cap situation.

That $8.5 million dollar average is also more than the $8.365 million Daniel Jones will make this season. That’s not exactly a great look. It also makes you wonder if the Giants are setting themselves up to have TyGod start next season as they wait for a rookie to develop.

The Giants are reportedly not planning to pick up the 5th-year option on Daniel Jones’s rookie deal. That would leave them looking for a new franchise QB next season and signing Taylor could be a move they’re making with that in mind.

Whatever the New York Giants are actually thinking with this signing, it looks like another hint that they aren’t as confident in Daniel Jones as they’ve previously claimed.