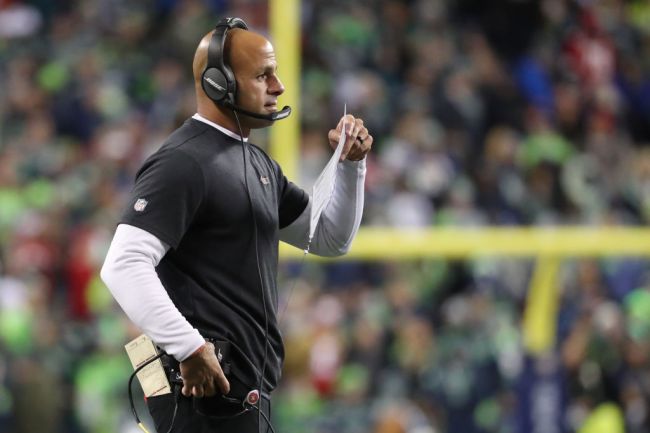 Former San Francisco 49ers defensive coordinator Robert Saleh has reached an agreement to be the next head coach of the Jets. New York is coming off of its worst season since 1996 and will be looking for new life under the 41-year-old Michigan native. He was one of the top candidates in the coaching pool and is set to sign a five-year deal with the organization with terms yet to be disclosed.

We've reached an agreement in principle with Robert Saleh to become our head coach.

Saleh interviewed virtually last Friday and flew to the Meadowlands for a second interview on Tuesday. He became the front-runner at that point. The front office then interviewed Titans offensive coordinator Arthur Smith on Thursday and immediately felt confident in their guy.

He becomes the first Muslim-American head coach in NFL history with the hire and is a personality that might spark a much-needed fire in a sad locker room. New York fired Adam Gase immediately after the 2020 season and went 9-23 in his tenure. They are very different style coaches.

There is smoke in the Meadowlands.

Saleh is a defensive-minded coach so his offensive coordinator hire will be crucial, especially with the potential that could come at quarterback position. Sam Darnold is entering his fourth season in the league without very much success with Todd Bowles or Gase. At this point, the franchise could either give their faith to him for one more season and then take a quarterback in the 2022 NFL Draft, draft a quarterback this season for whom it intends to start, or a combination of the two.

Nevertheless, the Jets got their guy and will have to make a splash with the staff they put around him. Saleh interviewed with six of the seven teams with vacancies and found his home across the Hudson. Many believed that he would return to his home state and coach the Lions.