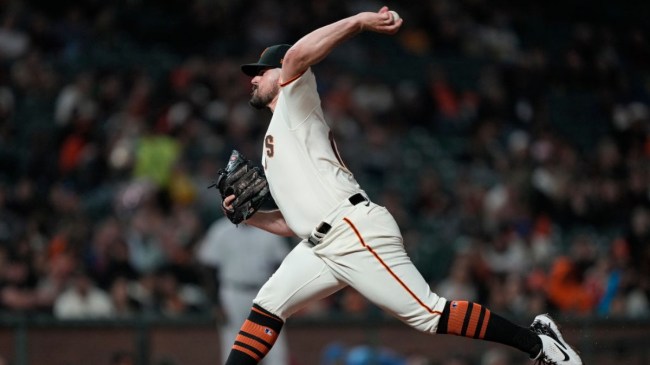 The New York Yankees already established themselves as one of the big winners of this MLB offseason when they agreed to a contract with Aaron Judge that will keep the reigning AL MVP in the Bronx for the next decade.

According to the New York Post’s Jon Heyman, the Yankees are looking to sign Carlos Rodon.

The Yankees’ pitching wasn’t their biggest issue in the postseason, but we did see in the playoffs that their staff couldn’t keep up with the best rotations in baseball. Rodon could help them catch up to teams like the Phillies and Astros, especially with Justin Verlander leaving Houston this offseason.

Rodon has been stellar over the past 2 season. In 2021, he went 13-5 with a 2.37 ERA for the White Sox. He then signed a deal to head to San Francisco where he put together another impressive season. Rodon went 14-8 with the Giants while posting a 2.88 ERA.

This isn’t the first time the Yankees have shown interest in Rodon. They inquired about him at the trade deadline, but the Giants decided not to deal him and instead tried to make a playoff push.

There is just one big thing that could hold up a deal. They don’t want to give Rodon a contract that’s too long.

Rodon is only 30, but the Yankees would like to keep him to a four- or five-year deal max, which is going to be an interesting goal in a market where three stars now have contracts that take them to 40 years old.

The Yankees may have already made the biggest move of the offseason, but if they can get Rodon to agree to a shorter contract then they could be far from finished as they try to put an end to their World Series drought.