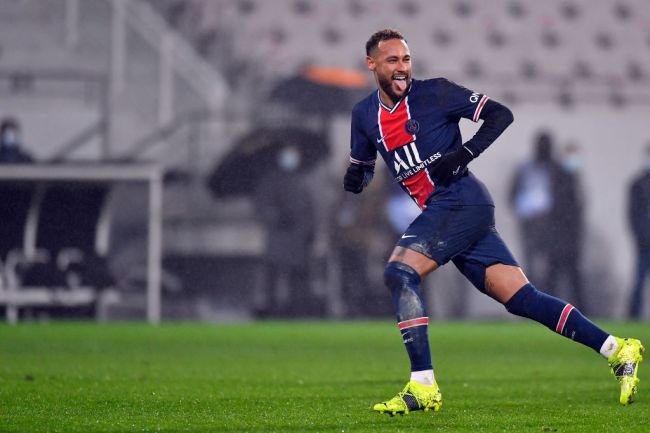 Paris Saint-Germain and Brazil forward Neymar is about as flashy as they come both on and off the pitch. His ridiculous dribbling ability with the ball at his feet resembles his lifestyle away from the field as well; always showing out and living large every chance he gets.

Neymar is 28-year-old now, he’s not 18 and just now getting his taste of the good life. He’s been at the top of the football world for years now playing for some of the biggest clubs on the planet and he’s made it clear that he’s not about to change his lifestyle just because of some negative media attention.

Neymar likes to party and he’s going to continue to party. This is a man that staged a weeklong New Year’s Eve party for 150 people at his place in Rio de Janeiro in the middle of a pandemic.

“So, who doesn’t like to party? Everyone likes to have fun,” Neymar told ESPN. “I know when I can go, I know when I can do it, when I can’t. Contrary to what people think, that I’m immature, that I don’t know what I do.”

“I’ve been in football for several years, ” he said. “If you stay 100% with your head focused on just playing football, in my opinion, you end up exploding. It is my time to relax, to be calm. … I will never stop doing it.”

Neymar has handled the scrutiny from the media pretty well as it’s clearly not affected his ability on the field. After arriving at PSG from Barcelona in 2017, he has scored 83 goals in 101 appearances for the French giant. PSG has won three Ligue 1 titles since his arrival and finished runners-up in the Champions League during the 2019-20 season falling to Bayern Munich.

It’s always interesting to think about just how bizarre all of the top soccer players in the world really do live, and how we may live in those situations as well. Neymar’s weekly wages are well over $800,000, that amount of money while living in Paris for most of the year, yeah, I think most of us would indulge a bit.