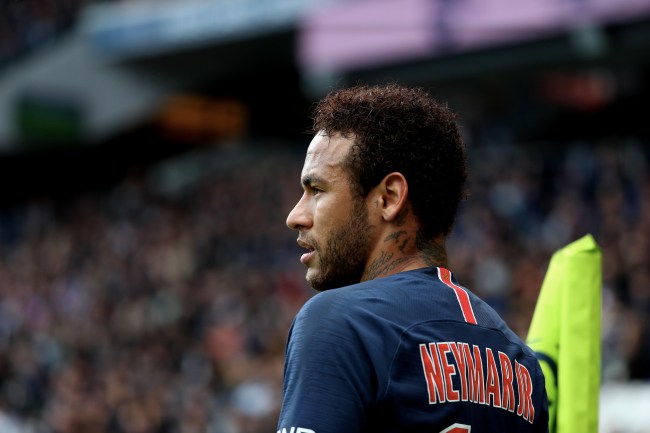 Neymar, the Brazilian global soccer superstar was accused of rape by a woman in São Paulo, Brazil over the weekend after the woman filed a complaint claiming he raped her in a hotel in Paris.

According to the document, obtained by ESPN Brasil, the unidentified woman said the alleged assault took place on May 15 at 8:20 p.m. local time in a hotel. The woman reported it to Sao Paulo police on Friday.

The woman told police that she and Neymar met in France, where he plays for Paris Saint-Germain, after exchanging Instagram messages. She said a representative of his named Gallo bought her tickets to Paris and booked her a hotel room.

She said Neymar arrived “apparently drunk” at the hotel and described to police that they “touched each other, but in a given moment, Neymar became aggressive and, with violence, had sexual intercourse against the victim’s will.”

The report also states the woman left Paris two days later and that she did not file her complaint in Paris because she was shaken.

Today, Neymar responded to the allegations with a 7 minute long video where he claims that he had a normal intimate relationship with the woman but now she’s making things up to extort money from him.

The unmarried footballer posted the video alongside the caption (in Portuguese): “Due to extortion, I’m being forced to expose my life and my family..”

Speaking in Portuguese, the footballer said: “I’m very upset but from now on I’ll expose or tell all about what happened with that girl. It was an intimate thing but I have to open myself up to prove that nothing exceptional happened.

“What happened that day was a relationship between a man and a woman, within four walls, like with any couple. And the next day nothing much happened. We kept exchanging messages. She asked me for a souvenir for [her child].”

During the video, the 27-year-old shows what he claims to be a long series of WhatsApp messages with the woman, including photographs of her in her underwear.

He says he had to make them public to “prove that nothing really happened”.

Here’s the video Neymar posted on Instagram denying the accusation in his native Portuguese.

Here is a brief version of the video translated in English.

This Is Neymar JR Explaining In English The Whole Situation With The Rape Accusation. pic.twitter.com/ecaw976Urc

The accusation comes as Neymar prepares to play for the Brazilian national team at the Copa América tournament later this month. Neymar was replaced as Brazil’s captain recently for disciplinary reasons after being involved in an altercation with a fan.