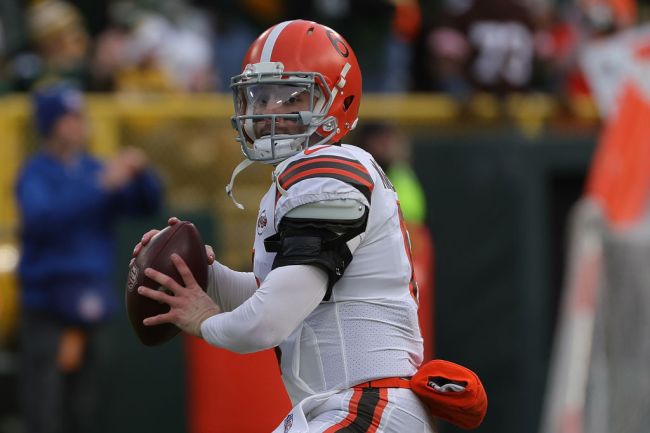 Baker Mayfield has finally moved on from his split with the Cleveland Browns to supposedly enter a camp battle with Sam Darnold for the starting job with the Carolina Panthers, but that doesn’t seem to have slowed down the hot takes about Baker.

In fact, today, football fans may have been introduced to the worst Baker Mayfield take yet and possibly one of the worst takes they’ll hear all year. On today’s episode of Good Morning Football, NFL Network’s Michael Robinson revealed that not only does he believe Baker Mayfield isn’t one of the 32 best QBs in the league, but he might not be in the top 64.

"(Baker Mayfield) might not be one of the top 𝟲𝟰 arms in the National Football League." — @RealMikeRob 👀 pic.twitter.com/fsEzLrSDUb

This is an absolutely heinous take. I know it’s become a popular endeavor to slander Baker Mayfield over the past year, but I don’t know how somebody could actually convince themselves this take was worth sharing with the world.

Whether or not Baker Mayfield should currently be an NFL starter probably isn’t even something that should need to be debated at this point. We’re talking about a league that has 3 teams who will be starting quarterbacks next season that threw more interceptions than touchdowns in 2021.

It would be pretty incredible to hear the list of quarterbacks Michael Robinson believes belong ahead of Baker. Is he putting Jarrett Stidham on that list? What about CJ Beathard, Brian Hoyer, or Joe Flacco? Does he really believe the Seahawks are going to be better off with Geno Smith or Drew Lock than they would have been with Baker?

There’s a good chance that these kinds of takes are going to look really bad after Baker gets to start throwing to DJ Moore, Robbie Anderson, and Christian McCaffery next season.