Cowboys Reportedly Expected To Draft A QB, Could Select One As Early As The Second-Round 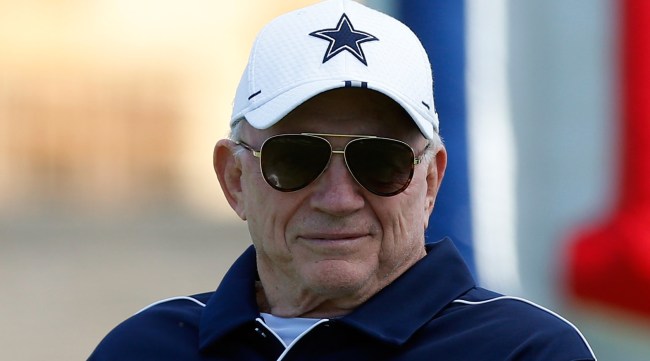 The 2020 NFL Draft is no different than every other previous draft in the sense that a handful of prospects have dominated all the conversation heading into the event.

This year it just so happens those prospects are quarterbacks with Joe Burrow, Tua Tagovailoa and Justin Herbert garnering most of the attention, but there are other intriguing quarterbacks among the 2020 class and it appears that one of them may be a Cowboy.

Burrow, Tagovailoa, and Herbert should all have their names called before pick No. 11 rolls around on Thursday, but Dallas could be interested in taking a QB of its own as early as the second round.

“Quarterback is the one place where we could see the influence of new head coach Mike McCarthy,” Ed Werder explained on ‘NFL Live’ on Wednesday, per 247 Sports. “Jerry Jones when he hired McCarthy said, ‘McCarthy is going to have as much decision-making and influence in personnel as anybody since Bill Parcells.’ McCarthy has so far expressed great satisfaction in the draft process. The Packers drafted five quarterbacks when McCarthy was there over 13 seasons even though they had Aaron Rodgers. That was part of the Packers’ organizational philosophy.

“It’s not something the Cowboys have ever done. Yet I am told to expect the Cowboys to consider drafting a quarterback as soon as the second round in this coming draft.”

The possibility of the Cowboys drafting a new QB is intriguing for two reasons. The first is pretty simple, they could have a well-known backup quarterback in the fold which will interest a fan base, and second, Dallas placed a franchise tag on Dak Prescott and don’t appear to be getting anywhere when it comes to signing him to a new long-term deal.

Dallas has until July 15 to sign Prescott to a new contract, but if it doesn’t manage to do so, more gas is added to the fire that the Cowboys could simply let him walk after this season and the quarterback they take this year could be the new face of the franchise come 2021.

As for the quarterbacks that could be available in the second and third rounds for Dallas to take are Jalen Hurts, Jacob Eason and Jake Fromm.