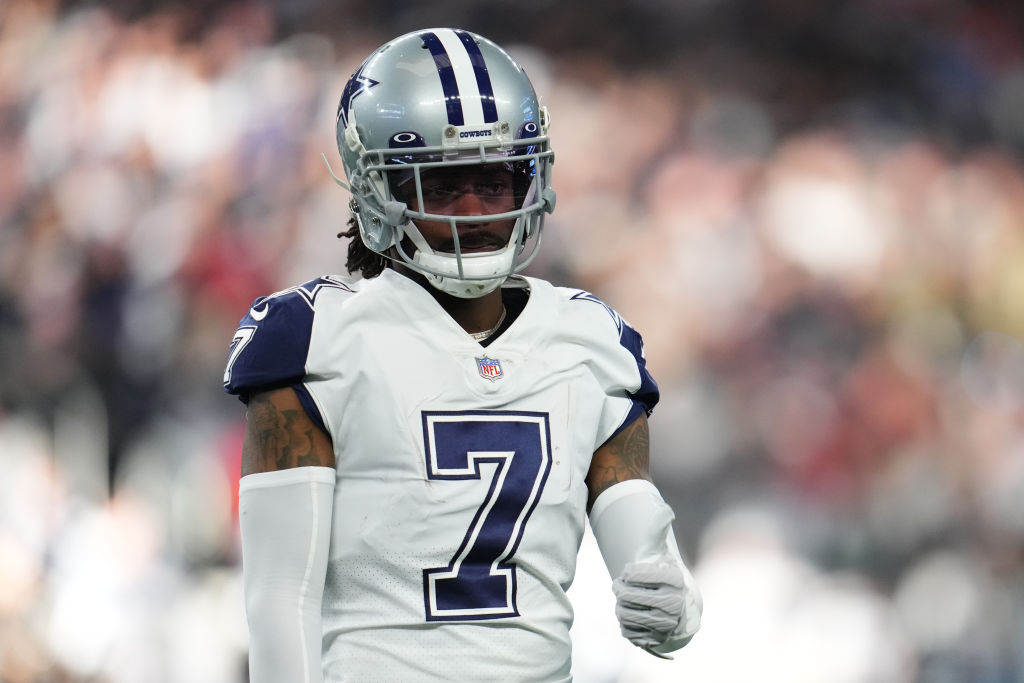 Cowboys CB Trevon Diggs is having a rough training camp.

Last week, Diggs had to delete his Twitter account because he was constantly getting mocked by fans after getting cooked in practice by Cowboys wide receivers.

Cowboys CB Trevon Diggs deleted his Twitter because of fans reacting to videos of him at camp 🤣 pic.twitter.com/YeZ32o3Oo5

Cornerback Trevon Diggs made a decision halfway through training camp: no more Twitter.

“It’s toxic,” said Diggs, who was joined by his son Aaiden at the podium after Monday’s practice. “I used to be on Twitter a lot, but I’m in camp. I’m trying to focus. I’m trying to lock in and just be better every day.”

Diggs might want to stay away from Twitter for another few weeks because another video of him getting cooked in camp is making the rounds on social media.

During a joint practice session on Thursday, Diggs got embarrassed by Chargers QB Justin Herbert.

Justin Herbert to Keenan Allen, who's guarded by Trevon Diggs.

Fans once again roasted Diggs after his latest low-light.

NFL Twitter when Trevon Diggs gets a pass or TD completed on him pic.twitter.com/650iFcARgH

NFL Twitter when Trevon Diggs gets a pass or TD completed on him pic.twitter.com/650iFcARgH

Cowboys are cooked if Diggs is going to be covering like this all season 😭pic.twitter.com/JmbipOj7m1