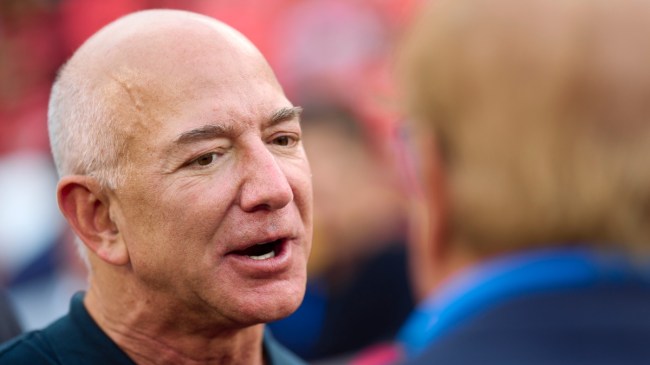 The NFL regular season is wrapped up and it turns out the league broke records for viewership. However, Thursday Night Football games did take a hit.

Apparently, viewership for those games was so bad that Amazon is in a bit of an odd situation.

According to Front Office Sports, Amazon “has compensated advertisers for lower-than-expected Thursday Night Football viewership this season.” The company believed it would reach an average of 11.3 million viewers throughout the year. Instead, only 9.6 million NFL fans tuned in to watch those games.

That’s not a great look for Amazon whatsoever. Even so, the product fans are given on Thursday nights rarely lives up to the hype. The games are either boring or a total blowout. Add on top of the fact that not everyone has access to Amazon Prime and, well, the writing may have been on the wall from the beginning.

Regardless, NFL fans aren’t holding back as they roast Amazon for compensating advertisers.

blows my mind that they had the matchups they had and believed they were gonna get that viewership. Colts-Broncos might have set the sport back 10 years

The Thursday Night scheduling was very lackluster and honestly AL and Kirk don’t have any on screen chemistry https://t.co/3r0OBRYDka

If they put it on TV and streaming

I’ve been saying this for years.

Maybe Amazon and the NFL will figure out how to regain viewership in the 2023 season. For now, both companies are taking the loss.