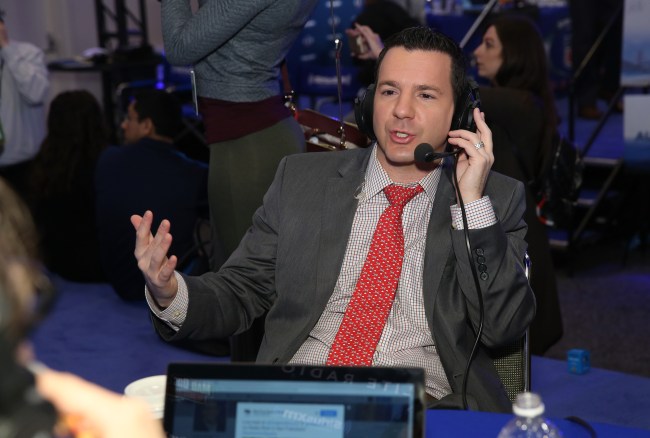 NFL Network’s Ian Rapoport is going to have a very long day.

Late last night, Rapoport caused a stir when he reported that the Buffalo Bills were close to finalizing a trade with the PittsburgH Steelers for superstar wide receiver Antonio Brown.

Rapoport went on to double down on his report a few hours later.

From our breaking news segment in the wee hours of Friday morning: The #Bills are working to trade for #Steelers WR Antonio Brown. There are things to work out, but the deal is close to being done. pic.twitter.com/gAEf3q8doQ

Unfortunately for Rapoport it appears that the Bills-Antonio Brown trade rumors were way off as ESPN’s Adam Schefter and others reported that the deal “was dead on Wednesday”.

Buffalo has spoken to Pittsburgh about a potential trade for WR Antonio Brown, as have a handful of other teams. Those talks occurred only in recent days. A source this morning called a Brown-to-Buffalo trade “unlikely.” Not out of the question but, at this time, “unlikely.”

Another source on a potential Antonio Brown-to-Buffalo trade said it will not happen. “I don't think the Bills trade was ever close to happening,” said one source involved in those talks. Steelers snd Bills briefly talked but “this is an old story. It was dead on Wednesday.”

An NFL source says #Bills have inquired about Antonio Brown with the #Steelers, but no deal is imminent. In fact, another league source termed it "unlikely."

Rapoport went on to claim that the deal had “fallen a part” after intense negotiations.

Update from the #Bills on the Antonio Brown: After intense talks that went into last night, and almost getting there on trade compensation, Buffalo says they are out. The #Steelers now must find another suitor.

A league source reiterated to me this AM that the #Bills and #Steelers were not close to making a trade, and saying it fell apart broke down is based on incorrect info.

The Internet hammered Rapoport on Twitter for being wrong.

live look at Ian Rapoport during these great NFL insider infowars of 2019 pic.twitter.com/aBPA9G4kVR