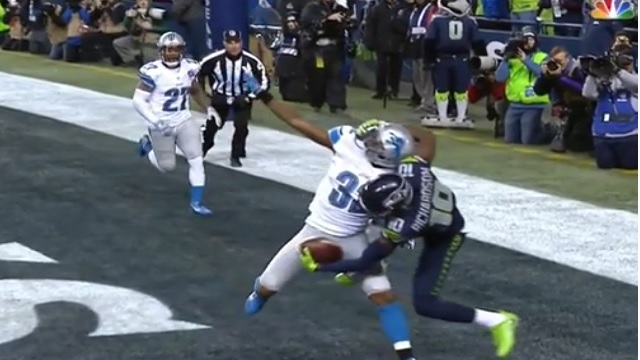 The Detroit Lions might have gotten screwed by the Refs in their NFC wildcard game against the Seahawks on Saturday.

In the secord quarter, Richardson made this amazing touchdown catch on fourth and goal but it appeared he may have grabbed the defender’s facemask in the process.

After halftime, NBC sideline reporter Michele Tafoya reported that officials admitted to Jim Caldwell they should have called a face mask penalty on Richardson during the touchdown.

It’s pretty amazing how the Seahawks always get the benefit of the doubt.