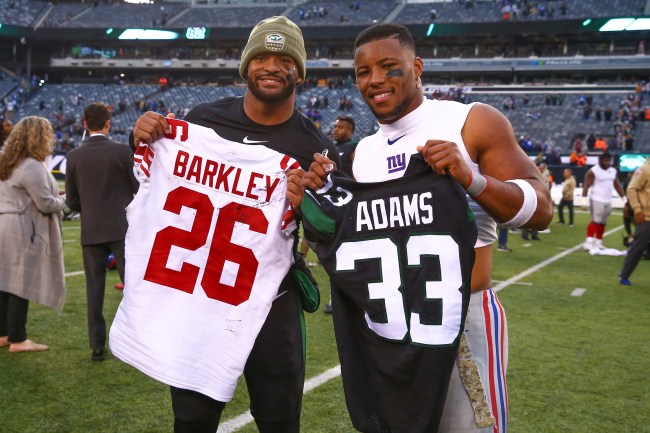 According to Matt Maiocco of NBC Bay Area Sports, whenever a player swaps jerseys with another play they are charged $500 by their team. Which means it would cost one player 8,0000 if he chose to swap jerseys every week during the season.

One thing I learned this week: Those postgame NFL jersey swaps are expensive. Players are charged $500 and up when they give away their game-worn uniform tops. (Otherwise, those costs would probably have to count against the team’s salary cap.)

After the game, When #NFL players exchange jerseys with other players, each player will have cost of jersey deducted from their paycheck https://t.co/grsNgPWIab

I wonder how much it cost Lamar Jackson when he brought out like 10 jerseys to give Jets players a few weeks ago.

Everyone wanted a jersey swap with Lamar postgame.