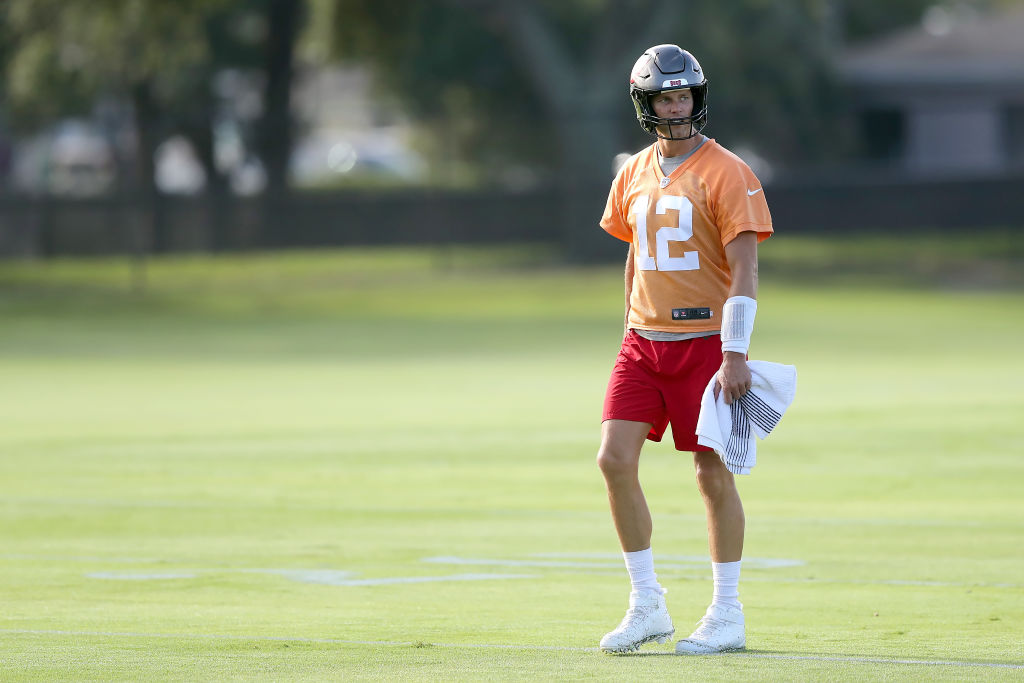 Tom Brady has taken a mysterious leave of absence from Bucs training camp, and one NFL reporter doesn’t like what he sees from the 45-year-old QB.

Earlier this week, fans and media wondered why Brady had decided to take time off from camp, but according to NFL insider Ian Rapoport, Brady’s break was planned and not due to a medical emergency for him or anyone in his family.

“It was planned. No one is worried. He’s fine. It’s not, to my knowledge, a medical emergency for him or anyone close to him. I was told everything is OK,” “The best description I got for this is that it is important to find a work/life balance. Brady has been doing this for 23 years. He knows the scheme as well as anyone. He wasn’t gonna play in those two (preseason) games anyway, so he steps aside to do some actual personal things, family things.”

During an appearance on the Colin Cowherd show, NFL reporter Ben Volin says he’s worried about the body language Brady is giving out in camp. Volin described Brady as looking “miserable,” and he believes the aging QB isn’t completely happy with the team’s injury situation at the moment.

“I do wonder where his head is at right now,” “He was so good at 44, there is no doubt in our minds that if Brady is fully committed he can have a terrific season at 45, but there are definitely signs that his head is not fully into it. I try not to be the body language police, but I was at Bucs practice yesterday and he looked miserable.

“I don’t think he loves the humidity in Tampa; it is very swampy out here every morning. His buddy Gronk has retired, that’s his running mate, that’s his guy, and now he looks all over the field and he’s throwing to Kyle Rudolph, Chris Godwin is banged up and we’re not sure when he’s going to be himself again. Brady’s center [Ryan Jensen] goes down. There are just a lot of things going on with the team, and we also know playing with the Bucs was not his number one wish this year.”

It is worth noting that Brady tried to get himself traded to the Dolphins before deciding to abruptly retire and unretire this offseason.