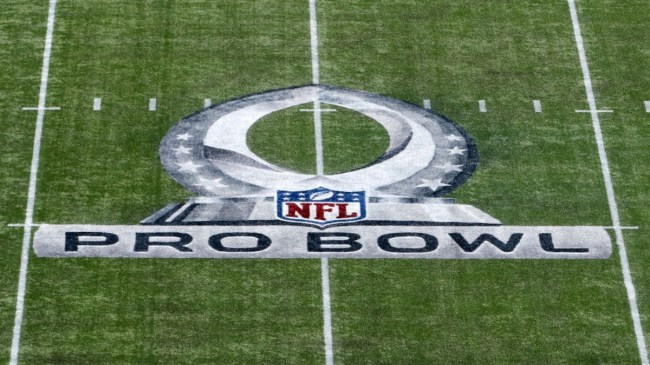 The NFL recently made a big change to its yearly calendar. Amid waning interest from football fans and years of players skipping the event, the NFL decided earlier this week that they would no longer play a football game on Pro Bowl weekend, but would instead make it a bunch of different competitions for players to take part in.

The NFL has also made the new event mandatory for anybody selected to participate it, barring a medical issue, after it had become normal in recent years for players to decline their invitation to the Pro Bowl.

Today, the NFL released a full breakdown of this event that players will be required to participate in and that breakdown revealed how much players will make for the event.

The NFL and NFLPA have agreed to a side letter covering "The Pro Bowl Games," which players selected will be required to attend barring a medical issue, per sources.

The document from the NFL also revealed the events that player will compete in at the new Pro Bowl.

Here’s more from the side letter, which says the flag football game will be 7-on-7 with no linemen.

Among the other skills competitions mentioned: Dodgeball, Best Catch, Thread the Needle, and Quarterback Drills.

“Players selected will be required to participate in the event.” pic.twitter.com/olErpfe6q7

Making at least $42K to spend a day playing dodgeball, flag football, best catch, and Thread The Needle sounds like pretty good work if you can get it.