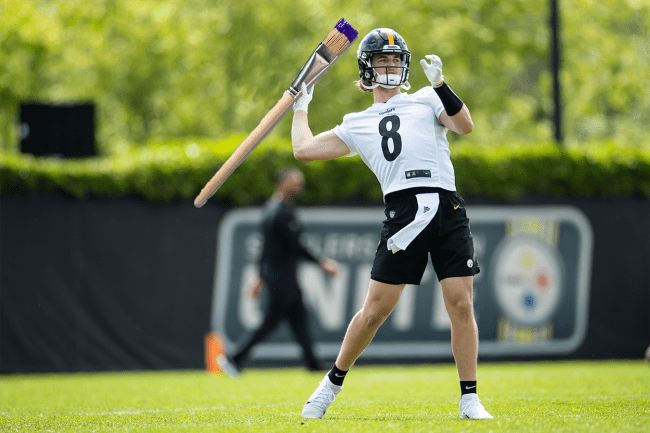 The 2022 NFL Draft class is definitely in the right profession. They are good football players, but not good artists, as they found out recently.

After being drafted (or signed) into the league, a group of rookies were asked to paint their new team logos from memory. What happened next was a pretty epic fail. At least, for most of them.

Here are the NFL rookies that were asked to paint their team logo:

Prior to each player’s painting session, they were each given a smock and a beret. They looked the part, but the vast majority of them certainly could not play the part. Here is the absolutely hilarious result:

You can find the full video here.

Of the players who didn’t totally botch their paintings, Hamilton, Willis (kind of), Gardner, Watson, Hutchinson, Walker, Corral, Dotson, McBride and Pierce’s stand out as not terrible. McBride’s was probably the best, but it’s really hard to declare anyone the “winner” or the “best.”

Shoutout to the NFL content team here. This was a great idea and it resulted in some incredible entertainment!