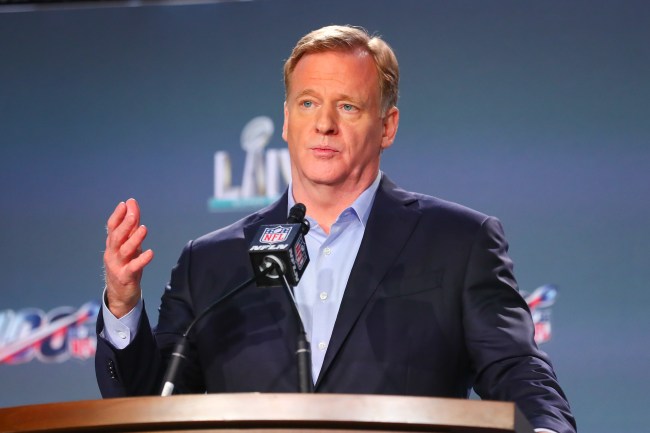 The NFL starts it’s new league year next week and the draft is about a month away but it doesn’t seem like the league has a definite plan on how to move forward while other pro sports leagues are busy canceling events due to coronavirus fears.

The NFL has told reporters that they will not move the date of the new league year but hasn’t given much detail for longterm plans which is frustrating team executives around the league.

NFL said it has "no plans to move the start of the league year."

#NFL telling all employees to work from home starting Friday, per NFL Network. Free agent deals can be agreed upon, but would be pending physicals so could be problematic w travel involved. Also, there is perception issue of conducting business given context. Is it appropriate?

No change to the league year starting 3/18, I’m now told by NFL spokesman. And all NFL HQ employees must work from home starting tomorrow, except for “operationally critical” staff.

Clearly this does not have the same level of urgency as sports that are in season with live games to play, or not play. But still, free agency looms, draft looms, scouts are flying all over right now, league meetings coming up too…

Multiple NFL teams have already shut down their training facilities which means the NFL might have to eventually push back their new year.

If NFL teams in fact shut down their training facilities, as many are now discussing, then it would be challenging at best to start the new league year next week, when buildings are closed and more pressing issues face their communities and this country. https://t.co/ReXxk5CZdH

Update: The NFL has currently canceled the owner’s meeting that was set to take place in late Match/early April.

The NFL's spring meeting has been canceled.

This is technically called the NFL Annual Meeting and was scheduled for March 29-April 1 in Palm Beach, Florida. Football business, including rule changes, now scheduled to be taken up at the May 19 meeting instead.