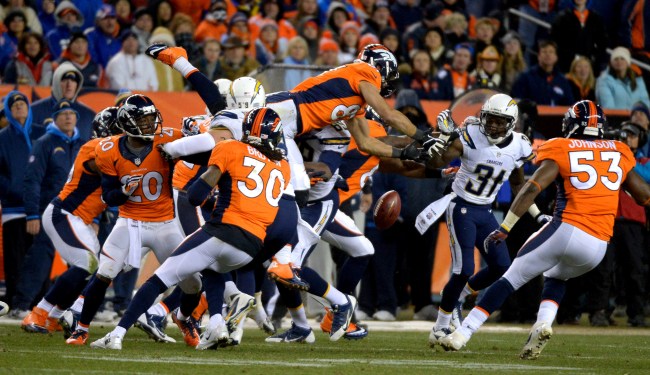 Can you feel the excitement building? The 2020 Pro Bowl is almost here!!! I don’t know about you, but I simply cannot wait to see Michael Vick on the sidelines as an honorary captain on Sunday.

What do you mean it’s the worst of the four major sports All-Star games?

It’s the best players in the NFL (not including those on the two Super Bowl teams) getting down and dirty for the right to call their conference the best!

It’s just like a real game, with 15 to 20 small alterations to the rules (no motion, intentional grounding is legal, no blitzing, no rushing punts or kicks, two-minute warning for every quarter, no kickoffs), but with an All-Star at each position (except for the guys like Christian McCaffrey who decided not to go even though he’s not injured and was voted on to one of the rosters for the first time in his career).

Speaking of no kickoffs, which the NFL eliminated from the Pro Bowl in 2013, there will be a couple of new rules tested out during the 2020 Pro Bowl.

Options After A Successful Field Goal Or Try Attempt:

At any point in the game, after a successful field goal or the conclusion of a Try attempt, the scoring team, (Team A), has the following two options:

1. Team A may elect to give Team B the ball at the B25-yard line, first-and-10, beginning a new series of downs. If this option is elected, all normal penalty enforcement principles will apply; or

2. Team A may elect to take the ball at its own 25-yard line, (A25), fourth-and-15. If Team A is successful in making a first down, Team A will maintain possession, and a new series of downs will continue, as normal. If Team A is unsuccessful in making a first down, the result will be a turnover on downs, and Team B will take possession at the dead ball spot (after enforcement of any applicable fouls).

Flinch By Flexed Receiver Not A False Start:

It is not a false start if a flexed, eligible receiver in a two-point stance who flinches or picks up one foot, as long as his other foot remains partially on the ground and he resets for one second prior to the snap. A receiver who fits this exception is not considered to be “in motion” for the purposes of the Illegal Shift rules.

It is not a false start if all 11 offensive players have been set for at least one full second and any flexed, eligible receiver breaks his stance by picking up both feet.

Here's a look at the two rule changes we'll be testing at #ProBowl 2020: https://t.co/agnWbdi5bA pic.twitter.com/lS6jAqEeL8

No one really cares about the second one, but the proposed new onside kick alternative? That sounds familiar and will certainly be interesting to watch.

So long onside kick, you will be missed…