DFS Mastermind Reveals His NFL Week 3 Players To Build Your Fantasy Lineup Around. So Listen Up! 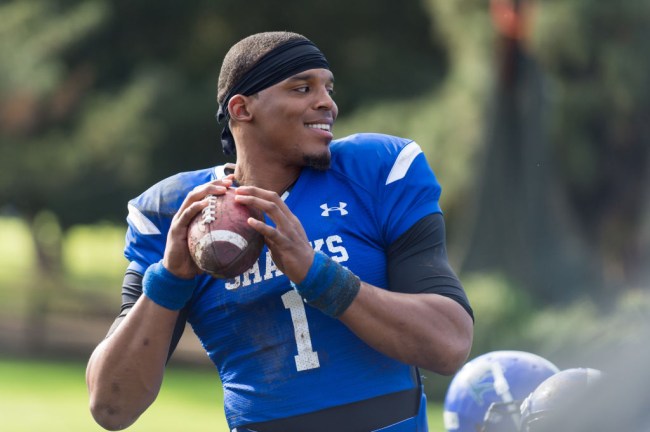 Welcome to Week 3! Did you smash last week using Big Ben or Pat Mahomes, and stack them up with their receivers? We’ve got some outstanding matchups to exploit again this week, so let’s have a look.

Here we get a priced down Cam Newton, who offers us a great floor because of his rushing ability, and a massive ceiling because of his importance in all facets of the game, including red zone runs.  With one of the premier pass catching running backs in the league at his disposal, Cam has a safe check down option, a solid option down the field in Devin Funchess, and the ability to take off and run at any time.  In what should be a tightly contested game with some points, I like Cam a lot this week.

This game sports a massive 53.5 over under, so fantasy points should be aplenty.  Ryan is coming off a week in which he scored 4 touchdowns, and should have plenty of opportunity to do so again.  Playing a New Orleans defense who has already been dusted for 48 points by Tampa Bay, I full expect Ryan to put together a nice game this week.  Look to stack him with stud wideout Julio Jones, who has a good history against the Saints, or potentially pair him with someone like cheap tight end Austin Hooper.

On a week where we don’t have a ton of value unless a few guys who are currently questionable getting downgraded to out, Kamara’s spot makes it difficult to not pay up for him. Facing an Atlanta defense who is the worst in the league as far as giving up catches to running backs, this is a dream matchup. Last week, Christian McCaffery went for 14 catches for 102 yards against the Falcons, and I am expecting Kamara to do something similar.  If we can find the value somewhere, I love Kamara.

Last season, in games that Joe Mixon missed, Bernard was able to come in and average 19 fantasy points per game.  We will absolutely take that, and he provides some upside in a game I expect could be more of a shoot out than anticipated.  He’s priced fairly, and his pass catching helps him provide some much-needed upside.

Keep an eye on Jay Ajayi and Darren Sproles. Both are listed as questionable. If both were to miss the game, I would love Corey Clement for a cheap running back option. Also, in tournaments, I would absolutely give Kareem Hunt a look.  Patrick Mahomes and the Chiefs receivers should get a ton of ownership this week, largely based on how good they have looked, and how well they have done. Hunt has been an afterthought the last two weeks, and his ownership should be way down.  He’s only $6000 and if you put him in your lineup, and he happens to score 2-3 touchdowns, not only do you help your own lineup, but you hurt the other lineups that have Mahomes and the wide receivers. A really nice leverage play.

Let’s call this what it is.  Julio is outrageously underpriced in this matchup.  He should absolutely smash in this matchup, and I’d love to have him on all of my teams at this price. HOWEVER. As of this writing, Julio has not practiced yet this week, which concerns me.  He will also be extremely highly owned, if he plays. If he plays, I am going to have him in a bunch of my lineups, but there is merit to making some lineups without him because of high ownership, potential nagging injury, and let’s face it, poor usage in the red zone.

Looking for a little bit of value here to save some salary, I think Funchess is in an excellent spot. Once Greg Olsen went down with an injury, we knew that based on last years rates, Funchess target rate would climb. This immediately showed up last week, as he received 9 targets, and was able to haul in 7 catches for 77 yards. While he didn’t find the end zone last week, he did receive 3 red zone targets, which shows that he is going to have upside this year. At 5K, he’s a bargain.

Last week, I whiffed on fading Travis Kelce, as he smashed the Steelers. This week, he’s definitely in play, as the best high priced option on the slate. Going down in salary, I’m also a big fan of Austin Hooper at only $2900, and I like George Kittle to bounce back at $4500 from an underperforming week. On defense, if you can find a way to nab the Vikings as massive favorites at home vs the Bills, they could be the highest scoring defense on the week. If you want to save salary, I’d give a look at the Cowboys at only $2200. They are facing one of the worst offensive lines in the game in the Seahawks, a team that has allowed 6 sacks in both games. They should be able to get to Russell Wilson this week, and provide you with a solid floor for a very cheap salary.