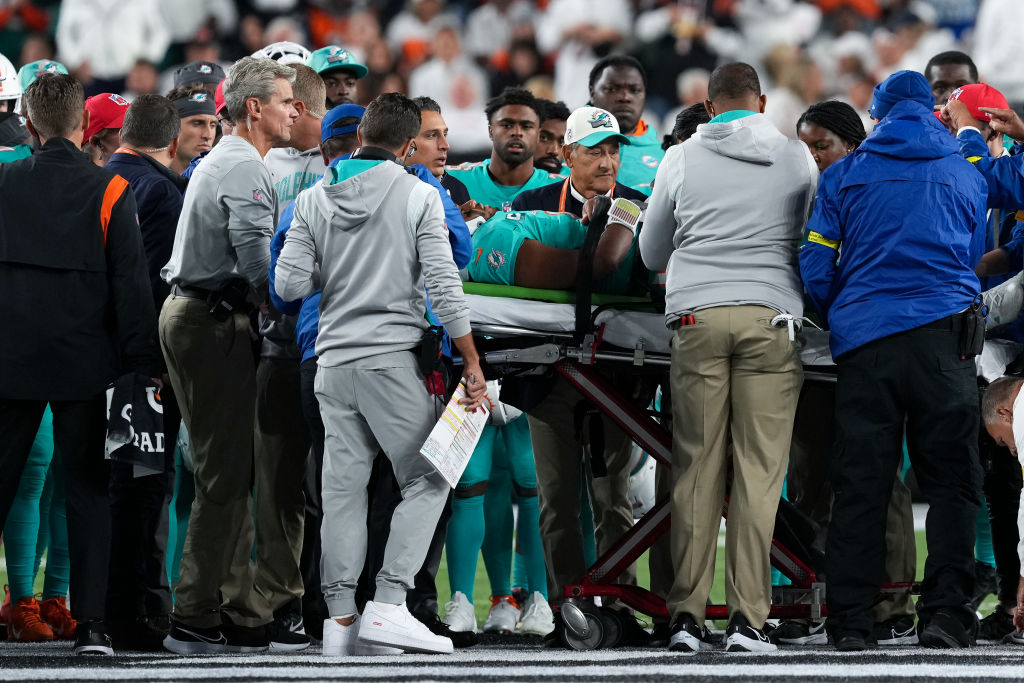 The Unaffiliated Neurotrauma Consultant who cleared Tua Tagovailoa had reportedly been fired by the NFLPA.

On Sunday, Tua was allowed to return to the team’s game against the Bills after stumbling off the field.

This was Tua Tagovailoa 4 days ago against the Buffalo Bills, no doctor in their right mind should have cleared him to play tonight against the Bengals. pic.twitter.com/XQATk2UR5R

Tua was then cleared to play in the team’s game against the Bengals on Thursday night football where he was carted off the field after taking a hit to the head.

The NFLPA had vowed to pursue all legal action to get to the bottom of the Tua situation.

On Saturday, the NFLPA announced they were firing the doctor who cleared Tua to play after discovering he had made “several mistakes” in clearing Tua.

The NFL Players Association has exercised its prerogative to terminate the Unaffiliated Neurotrauma Consultant involved in the Tua Tagovailoa situation last Sunday, per source.

The NFLPA’s decision to terminate the unaffiliated neurotrauma consultant involving in clearing Tua Tagovailoa came after the union’s discovery of “several mistakes” made by the doctor in its view, per source.

Per a source with knowledge of the situation, the NFLPA has exercised its prerogative to terminate the Unaffiliated Neurotrauma Consultant involved in the decision to clear Tua to return to action.

The concussion protocol provides that players who demonstrate gross motor instability may return only if the team physician, in consultation with the UNC, determines that the instability did not have a neurological cause.

Although specific findings have not been made regarding how and why Tua returned, the union lost confidence in the UNC, given that the impairment of the player was obvious. Based on the available video, Tua should not have returned.