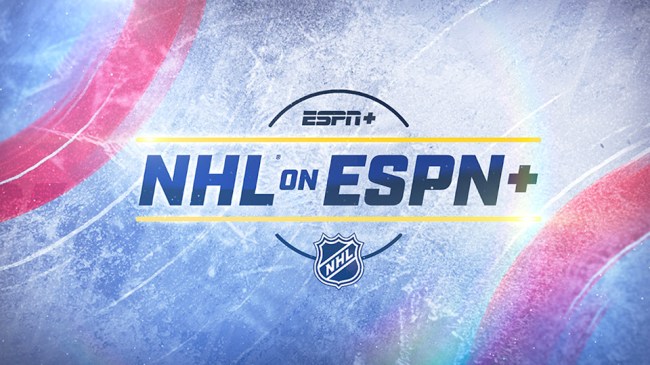 The 2021-2022 NHL season drops the puck October 12th! For the first time since 2004, the NHL returns to The Walt Disney Company. That’s 103 exclusive regular season games showcased across ESPN, ESPN+, Hulu and ABC. And with 1,000+ out of market games and featuring 75 co-exclusive National games as a part of ESPN+ Hockey Night, there’s no better place to take in all the action than ESPN+.

Point blank: With ESPN+, you’ll be seeing the top players and the best teams. And that all begins with a season-opening doubleheader on October 12th, 2021. Plus, hockey fans will have plenty of other programming options to keep them satisfied throughout the season.

Let’s face it, it’s hard being a hockey fan sometimes. Unfortunately, because NHL games aren’t regularly broadcast nationally, we’re deprived from seeing the fastest (and, arguably, the most entertaining) sport out there. Instead of getting upset, though, it’s time to snag yourself an ESPN Plus subscription so that you never miss a single hit, incredible save or amazing goal again. And every odd year, ESPN/ABC will have the Stanley Cup finals, with the ability to simulcast/megacast on ESPN+.

The Puck Drops on ESPN+

With the puck dropping for a new season already, ESPN+ is the premier destination for NHL games this year. So don’t miss out on the exciting season opening doubleheader featuring the defending champs and a new expansion team. And check back in later this week for the first game of ESPN+ Hockey Night.

In addition to the live NHL games during the week that’ll be streaming on ESPN+, subscribers to the streaming service will get loads of extras, too. Here’s some of what to expect with an ESPN subscription, which costs $69.99/year.

Plus, with an ESPN+ subscription, fans will get access to loads of other sports content and live events from MLB, college football, MLS, UFC, Top Rank Boxing, international soccer, Championship Tennis and more. With the colder weather coming this fall and winter, you may never leave your couch again.

Whether it’s watching the best NHL games all season long, or taking in a ton of top-notch sports content, ESPN+ is the destination for you.

From the entire catalogue of 30 for 30 documentaries, to live events or original series’ like SneakerCenter or Peyton’s Places, among others, every single sports fan should include the streaming service into their monthly budget.