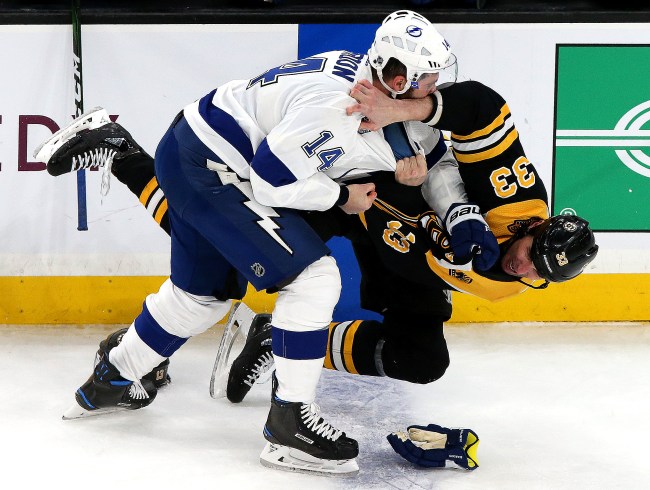 Let’s kick this off by saying all of this is entirely theoretical. The NHL and NHLPA meetings taking place in which they discuss the possible return of the 2019/2020 NHL Season and Playoffs aren’t based on any concrete dates because nobody on the planet knows a specific date of when life will begin to return to normal. But that hasn’t stopped the meetings from taking place.

The NHL and NHLPA have discussed scenarios where the 2019/2020 season and NHL Playoffs could happen to salvage some of this season. I would love to see this happen so much so that I’d be willing to fork over pay-per-view prices for every game on TV.

I was supposed to go to the Lightning-Flyers game the night that the NHL season was suspended and my Tampa Bay Lightning were SURGING before the season was stopped short. I miss hockey. I miss every professional sport but I really fucking wanted to see the Lightning get a shot at playoffs redemption after getting swept by Columbus last season. If there’s any shot of that happening this year, I’m all for it.

This report on North Dakota comes from SportsNet.ca and despite the fact that ND isn’t home to a single major professional sports franchise it actually makes sense with North Dakota’s rich collegiate and youth hockey history:

Several sites would be necessary, but Ralph Engelstad Arena in Grand Forks, N.D., makes sense. Host of the 2005 World Junior Championships, the 2016 World Under-18s and the NCAA’s Fighting Hawks, it is an impressive facility that is definitely more suitable than many other available non-NHL options in the United States.

Obviously, nothing is imminent. Hotel availability in Grand Forks would be a challenge. We also don’t know about travel scenarios, necessary logistics, or if the state itself would be willing to host such an event. But the area makes sense because of the arena, the likelihood of games being played without fans and North Dakota’s relatively low population density (only Montana, Wyoming and Alaska have fewer people per square mile).

It is expected that the NHL and NHLPA will discuss other locales this week. It’s never wrong to explore your options, regardless of what eventually happens.
Sports Illustrated’s Chris Mannix reported Friday that the NBA was considering putting all of its playoff games in Las Vegas. The Mirror reported Sunday there is a “tentative agreement” for the Premier League to return in June, with games played behind closed doors. (via)

Personally, I have a lot of trouble envisioning a world where this happens not because the teams couldn’t get everyone on board with it. But because of all the moving parts around it. Do you let the athletes’ families travel with the teams? Do you test every single person, each day, the entire time to see if they are sick? Does everyone travel to the location weeks ahead? What about the international players who have returned home during this time, how do they handle the travel logistics of this?

WWE was able to pull off Wrestlemania without any fans in attendance but that was 1-on-1 wrestling with a production crew and announcers. Even that was risky. The NHL has a roster size of 23 players with 20 of them allowed to dress for a game. You’ve got a head coach, three assistant coaches, a goaltending coach, video coach, strength and conditioning coach, general manager, VP, assistant GM, etc. etc.

If you’re the NHL and NHLPA, how do you ensure everyone’s safety with that many moving parts? I really hope the experts are able to answer that question because it would be incredible to see this season salvaged even a little bit.