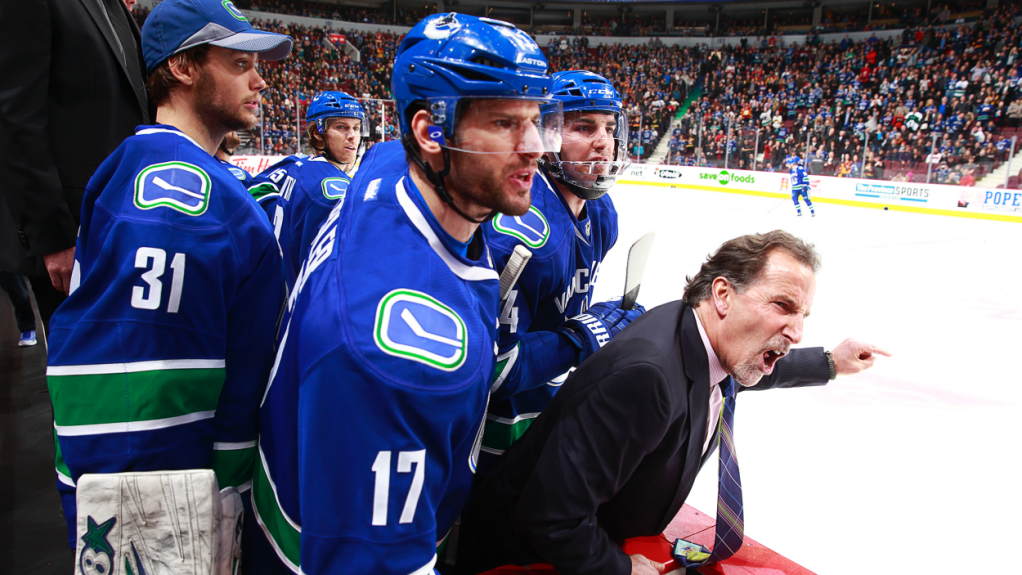 In just about any league of any sport on the planet, fighting your head coach is a surefire way to ensure you get kicked out of the league and never welcomed back again. But the NHL isn’t a normal league. And this story from Ryan Kesler is just another example of how John Tortorella isn’t a normal coach.

Former Selke Trophy winner and longtime Vancouver Canuck Ryan Kesler was a guest on the popular hockey podcast Spittin’ Chiclets recently. He shared a story about a time when he was seconds away from fighting his head coach John Tortorella at practice.

“Holy shit we are doing this right now. I’m going to fight a coach.”@Ryan_Kesler joined the show to discuss the time he thought he was going to fight Torts.

How it all went down

The way Ryan Kesler tells it, John Tortella called him into his office after the trade deadline. Coach then showed him clip after clip of his play and said ‘I’m f–king worried about you, Kes’ and the two got into a pretty heated argument.

Kesler said they were going back and forth with ‘you don’t have to worry about me, f–k you’ and ‘no, f–k you’. Ryan Kesler said he stood up and the coach had ‘his nose in his chest’. Ryan asked him ‘you want to make this about me and you?’ and Tortorella said ‘yeah’.

After the heated exchange, John Tortella apparently threw a remote and a tantrum and then left. After that, Ryan Kesler’s teammates came up to him and everyone was congratulating him on how he handled Tortorella saying things like ‘that’s the best thing I’ve ever seen’. He says that nobody ever stands up to/stood up to Tortorella.

Then they’re all out on the ice afterward and Kesler is skating around. Tortella came up and shoved him on the ice. It was at that point that Kesler thought ‘holy s–t, we’re doing this right now, I’m going to fight a coach. Like, I’m fighting a coach, on the ice, right now.’ Then Tortorella pushed him again and hit him with ‘I f–king love it, Kes. That’s why you’re going to be back. If I’m back here and you’re back here, you’re gonna get your A (game) back.’

Then Kesler turned to his coach and made a comment about not coming back (to Vancouver) and John started laughing and that somehow diffused the situation entirely. But John Tortorella was about half a second from getting punched in the face at practice by one of his players.

Here is the full Spittin’ Chiclets episode with Ryan Kesler for anyone who has time for that:

You usually don't want to hear a head coach say this https://t.co/ZehycQcWLO

I did once have to duck from a HS baseball coach who I called out for being awful in practice. The dude came charging at me. He was a former Major Leaguer but a full-time drunk at the time and I was fortunate that another coach and parent were in the area to stop me from getting knocked out. It’s rare that coaches throw hands but it does happen.