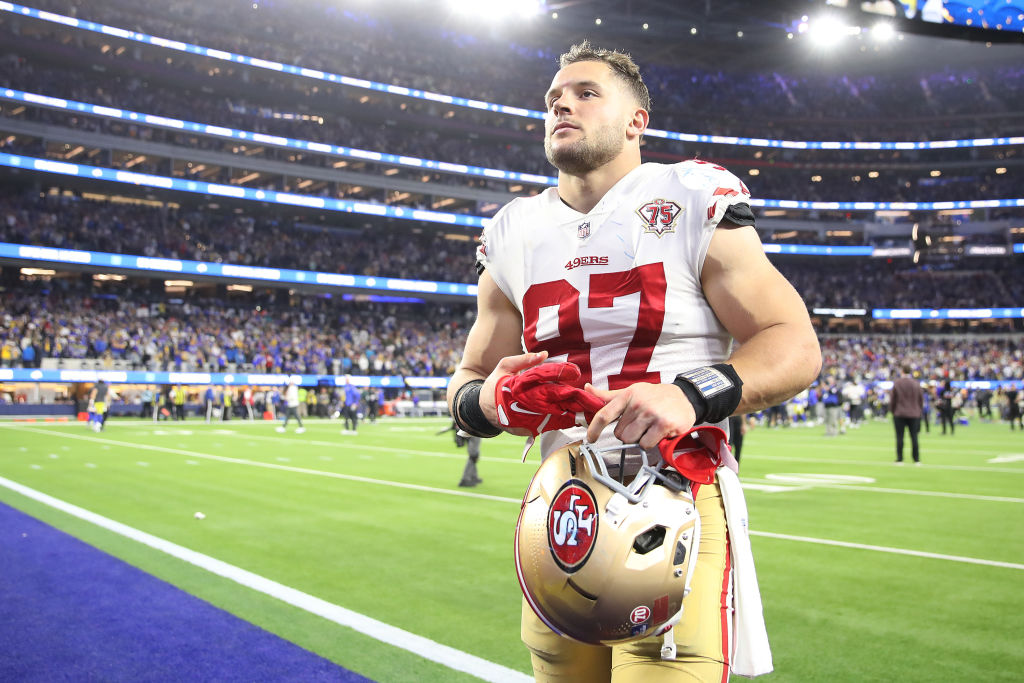 49ers star linebacker Nick Bosa might be going to Thanksgiving dinner alone with his family.

A few days, Bosa’s model girlfriend Jena Berman posted a TikTok with the caption, “We just will never talk again,” “When he gives you the silent treatment but doesn’t know you can play that game 10x better. Bye forever,”

we just will never talk again

When a fan said Bosa will now marry someone else, Berman replied, “good.”

As for Berman, she’s hanging out in the jacuzzi in a bikini after cooking some Thanksgiving dishes.