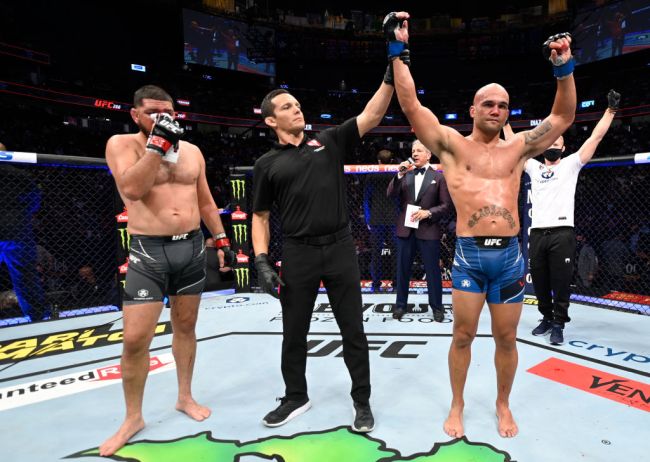 Nick Diaz made his return to the octagon for the first time in six years on Saturday but there’s some mystery as to how it all came about.

At UFC 266, Diaz lost his return fight to Robbie Lawler in a third-round TKO finish.

During his postfight interview, Diaz implied that he was having some management issues coming into the fight.

“I had a lot of stress coming into this one…I don’t know how this fight got set up, I had a switch-up in my whole management set up. It was just a bum rap but no excuses, he was in great shape”

After Diaz’s loss, former UFC fighter Jake Shields claims Nick was pressured into taking the fight before he was ready for money.

Nick Diaz is a fucking legend

Wanted to do a fight later but was pressured to take it before he was ready. People care about money not his health