A Pro Tennis Player Got Fined $17,500 For Performing A Sex Act With His Water Bottle On The Court 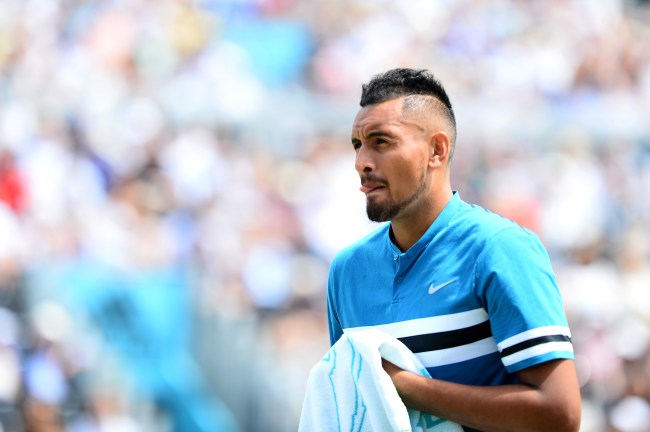 The ATP tour fined him €15,000 which will be deducted from the €105,480 in prize money he earned for a semifinals appearance at the Queen’s Club Championships in London last weekend where he lost in straight sets to Marin Cilic. The simulated sex act was caught on camera and has since created a viral moment on the Internet:

Nick Kyrgios got fined €15,000 for pretending to jerk off with a water bottle: https://t.co/FkhOKWvOAD pic.twitter.com/vjDCWHIDcL

I can’t help but wonder if this would’ve received the same outrage if it took place in another country. England’s so stuffy. Sure, this fine came straight from the ATP and not the tournament itself but I feel like if this happened in Australia everyone would’ve just laughed it off.

Since turning pro in 2013, Nick Kyrgios has earned $6,151,098 on the tennis court across both Singles and Doubles. So a $17,500 fine is nothing to him, a drop in the water. He’s already won one title this year in Brisbane and he previously won three titles in 2016. So it seems like this tiny fine and water bottle sex act caught on camera isn’t doing anything to derail his career as his tennis game starts to elevate.