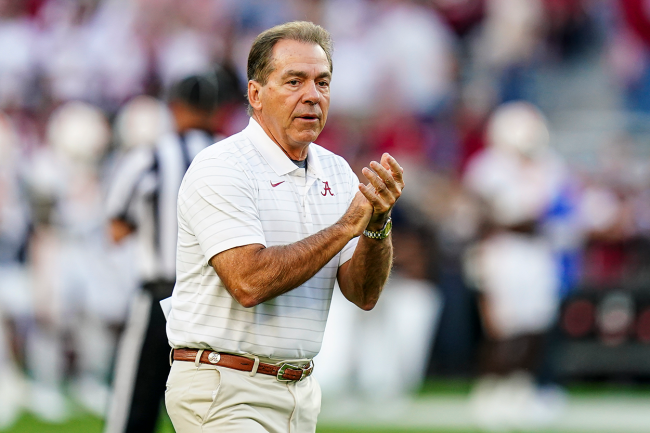 Alabama football had a down year in 2021. Kind of.

The Crimson Tide did not win the national championship last year but still won the SEC and reached the College Football Playoff. Most teams would be thrilled with such a performance.

Nick Saban and Alabama is and are not, and that’s terrifying for the rest of the country.

After falling 15 points short of yet another national title, the greatest head coach of all-time called 2021 a “rebuilding year.” The roster was young and there was a lot of turnover at a lot of key positions, including at quarterback — who went on to win the Heisman Trophy.

It could not have been a better result in a year that was not necessarily expected to be as strong as it was.

Now, as the Crimson Tide turns its attention to the upcoming season, the roster is equally, if not more talented than it was last fall. The vast majority of the offense returns and the defense is anchored by Will Anderson Jr., who should have been invited to the Heisman Trophy ceremony over Aidan Hutchinson.

Despite all of the preseason hype, Saban is keeping his team grounded, as he always does. While speaking about how his players are keeping focused and ignoring the hype, defensive coordinator Pete Golding shared the motto that his head coach is using in 2022 and it’s bad news for teams trying to stop. Alabama.

The term is one that only Saban could craft. Its meaning is simple, but it takes a second to really let it sink in.

By “relentless discontent,” Saban means that he does not want his team to settle. They can never get comfortable at any point in time.

As preseason hype, award accolades and wins come in, Saban wants his team to forget the success and focus on the next task at hand. Never settle. Never get content. Remain relentless, never-wavering and persistent in being dissatisfied, unhappy and discontent with favorable outcomes.