Nick Saban Gets Sassy With Sideline Reporter For Absolutely No Reason At All, Fans React 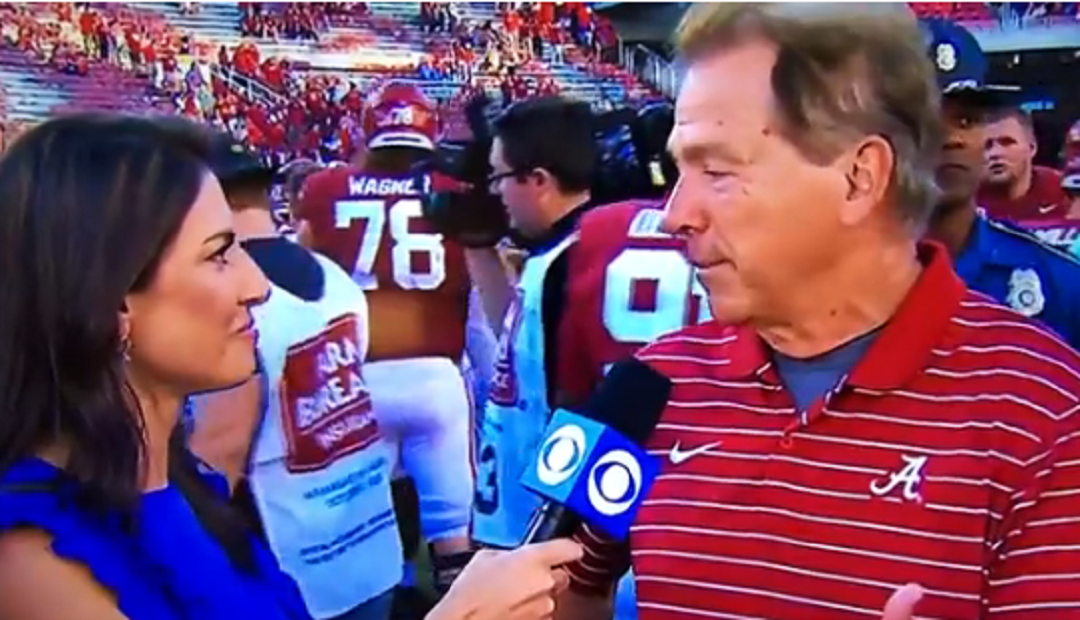 Nick Saban is getting extremely grumpy in his old age.

After Bama’s latest win, Saban decided to get sassy with sideline CBS Sports reporter Jenny Dell for absolutely no reason at all.

During the postgame interview, Dell asked Saban about the resiliency of his team after they stepped up to beat a tough Arkansas team following Bryce Young’s injury.

Saban bizarrely started to give Dell an attitude for asking about Young and not asking about the team after their big win.

Jenny Dell: Coach your Heisman trophy winner went down and the rest of your team stepped up, what did you learn about the resiliency of your squad?

Nick Saban: You know what I would like to talk about is our team, they made plays when they had to make them, we love Bryce, Bryce has got a sprained shoulder, we’ll see how it goes, but what about the game? what about the team? what about the players who played the game?

reporter: “talk to me about your team’s resiliency today”

Saban: *ignores question about the team*

Saban: “how dare you not ask me about our team on a day like today”

always mad at the media about somethingpic.twitter.com/xrsIuoi6kY

Fans were confused by Saban’s response to Dell.

She should be able to respond with “I literally just asked about the team, dipshit” and not get fired for it https://t.co/OaN9Qw2V7F

Once she said Bryce Young, he tuned her out I’m convinced. https://t.co/y284zabLhR

Perfect example of listening to respond vs understanding lol https://t.co/wytoAJctcA

He probably had that answer pre-planned & didn’t expect her to ask a decent question. https://t.co/6PDpDxpqsQ