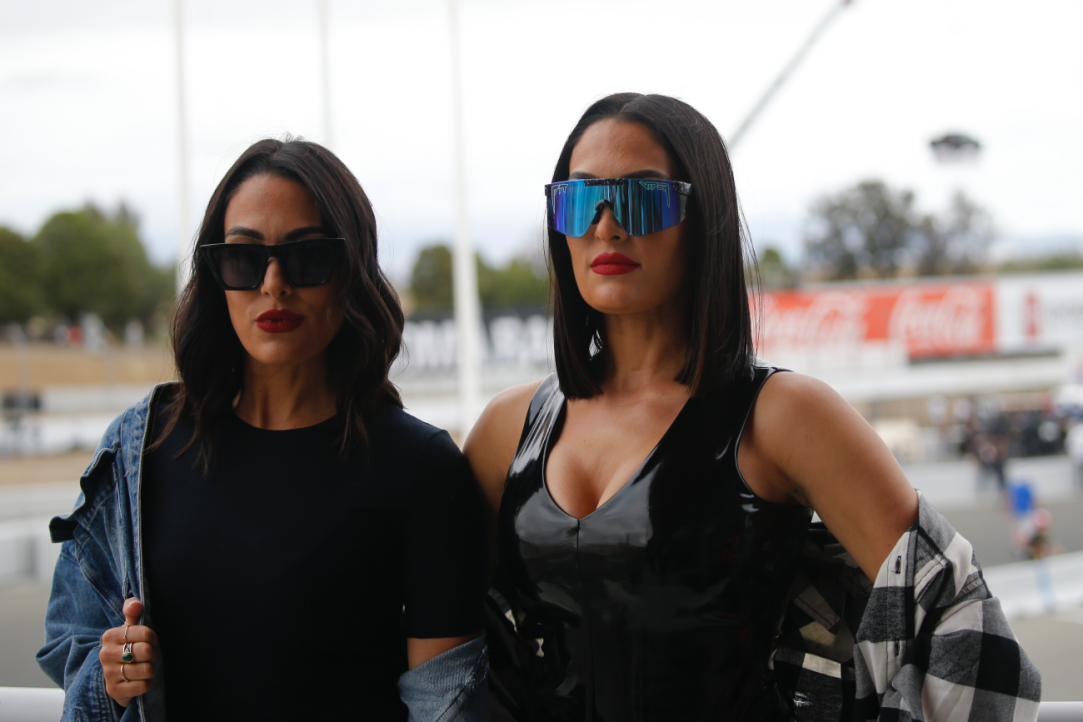 Jake Paul has joined his brother Logan Paul in Saudi Arabia for the biggest fight of Logan’s rising WWE career. Logan Paul will face Roman Reigns in a match for the WWE Universal Championship.

A title match this early in Logan’s career is a pretty clear indication from WWE that they’ve got a future superstar on their hands. And 2-time WWE Divas Championship title holder Nikki Bella agrees.

Nikki Bella was stopped on the street by TMZ (video below) while walking with her Bella Twins sister Brie while both were in Los Angeles. She was asked about Logan Paul’s future and dove right in praising his wrestling. Interestingly, she was asked if it’s unfair Logan is getting a title match this early in his career and how she felt about that.

Nikki Bella praises Logan Paul as a wrestler, calls him ‘the total package as a WWE superstar’

When asked about Logan Paul ‘really getting into the WWE’ and what she thought about that Nikki Bella had this to say:

“I think it’s good. Yeah, he’s actually an amazing wrestler. I think he proved it at WrestleMania. He’s a good storyteller. He has charisma. He speaks well on the mic. He’s the total package as a WWE superstar.

When asked if he’d be the next ‘big superstar’, Brie Bella said “if he works hard enough, it’s a tough business. But I do think he has all the tools to be a big star there so we’ll see.”

Nikki Bella was pressed on this being Logan Paul’s third fight ever and it’s a title match against Roman Reigns and if that is ‘fair’. Brie Bella said “I have to say, in the entertainment business nothing is fair. That’s life.” Nikki Bella followed up with “the crowd reacts to him and you have to listen to your fans and the fans want it.”

Will the Bella Twins return? Can Logan actually win?

Brie and Nikki Bella were asked if they would return to the WWE at some point. Nikki deflected and said we’d see her ‘say I do’ soon because she’s getting married. But neither Brie or Nikki Bella ever outright said ‘no’, they wouldn’t be making a WWE return.

The fact that Logan Paul is fighting Roman Reigns for the WWE Universal Championship in just his third match ever is truly absurd. Nikki says it’s what the fans want to see and she’s right. She’s currently contracted as a WWE ambassador and has her finger on the pulse of what WWE fans want as much as anyone.

But what’s really interesting about the Roman Reigns vs Logan Paul match is any possible outcome is intriguing. If Logan Paul beats Roman Reigns for the WWE Universal Championship the WWE world will meltdown. If Roman wins and Logan holds his own they create a new intriguing plotline. And if the match ends in controversy, which it easily could, it only ups the intrigue…

Most insiders are predicting a twist of some sort on the Logan Paul-Roman Reigns match. It’s worth mentioning (again) here that Jake Paul is there with his brother…