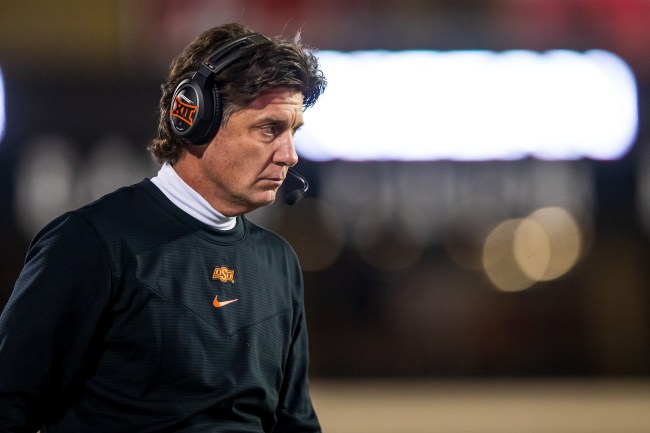 Oklahoma State fought back from an 18 point deficit against Baylor to give themselves a chance in the Big 12 title game. However, a key decision in the fourth quarter might be the reason they didn’t finish that comeback.

At least, that’s the case if you ask anybody on Twitter right now. The Cowboys had cut the Baylor lead to 8 in the fourth quarter when a muffed punt gave Oklahoma State great field position. When they completed a pass inside the 1-yard line, they looked poised to score a touchdown and put themselves within a 2-point conversion of tying the game.

Things did not go according to plan from there. They were stopped on 3 consecutive plays, including a 3rd down fumble that pushed them back to the 3 yard line.

At that point, Mike Gundy was faced with a choice between going for the tie on 4th down or cutting the lead to 5 with a field goal. Gundy chose the field goal and absolutely nobody agreed with the decision.

Not sure how the rest of this game plays out, but I feel fairly certain that if Oklahoma State loses, Cowboy fans will question that Mike Gundy field goal decision for a very, very long time.

Of course, if they hold and score a TD late, nobody will say anything #OKState

It’s a play that will be scrutinized for quite some time after the Cowboys failed to finish the comeback.