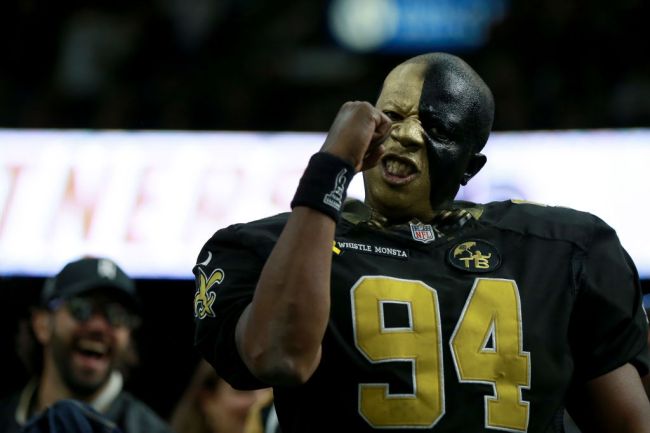 Buccaneers kicker Ryan Succop is going to face an interesting challenge against the Saints this afternoon. The 35-year-old traveled with Tampa Bay to New Orleans earlier this week and will be tasked with kicking in one of the most raucous environments in the NFL and across all of football.

However, the home team is taking an interesting approach to try and throw him off of his game.

Giving out t-shirts that all look the same for an entire or multiple sections in the stadium is not uncommon in professional sports. It’s not as common in the NFL, but it does happen on occassion.

What the Saints are doing — at least to my knowledge — is unprecedented.

Every fan that is sitting behind the end zones will received a multi-colored shirt. One side is black (likely with a team logo of some sort) and the other is neon yellow, matching the field goal posts.

When Succop is kicking, the entire section will turn their backs to the field and show the yellow side of the shirt. Thus, from Succop’s perspective, it will be a sea of yellow.

The goal is to confuse Succop and to keep him from being to discern exactly where the uprights stand.

Shirts for all the Saints fans sitting behind the Super Dome end zones today. The back of the shirts are yellow, the same color as the goal post. When the Bucs kick, all the fans are going to turn their back so the kicker can’t see the goal post. I love this team. pic.twitter.com/AtvCIErAM0

Succop is 8-of-11 on the season, which is a 72.7% clip. It will be curious to see if he falls below his season average during the game against New Orleans on Sunday as the Saints fans turn their backs.