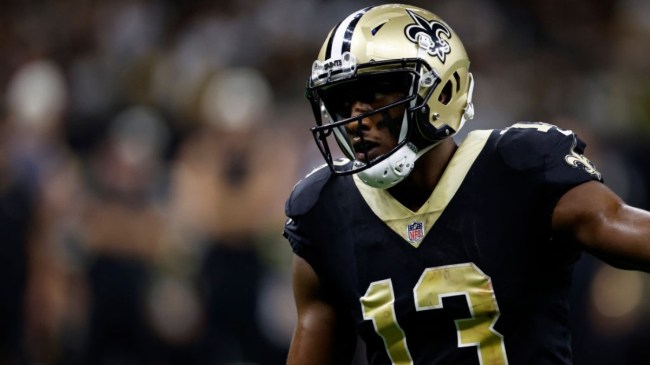 After weeks of uncertainty, football fans have finally gotten an update on Michael Thomas’ injury.

Today, New Orleans Saints head coach Dennis Allen revealed that Thomas would have to undergo surgery on the toe injury that has kept him out since Week 3 and as a result, he likely won’t be playing the rest of the season.

Saints’ HC Dennis Allen told reporters today that he does not expect WR Michael Thomas to play again this season.

It’s a brutal turn of events for the star receiver who was just coming back from a foot injury that had kept him out for all of last season and a large chunk of the 2020 season.

In a strange turn of events, this news was released exactly 1 year after Thomas announced that he would be undergoing surgery on the injured foot and wouldn’t be returning for the rest of the 2021 season.

It has been a brutal run of bad luck for Michael Thomas, who has only played 10 games since the start of the 2020 season. The season before that, Thomas was just about unstoppable, breaking the NFL record for receptions with 149 and turning those catches into 1725 yards and 9 touchdowns.

Thomas looked to be getting back to normal early on in this season, posting 16 catches for 171 yards and 3 touchdowns in the 3 games he played before the injury.

Now Thomas has to fight his way back from another injury at 29 years old.

Luckily for the Saints, they are much better equipped to deal with his absence this season with Chris Olave now on the roster and Alvin Kamara once again showing off his receiving skills.

It’s just unfortunate that such a talented player has had his career derailed by injury like this.