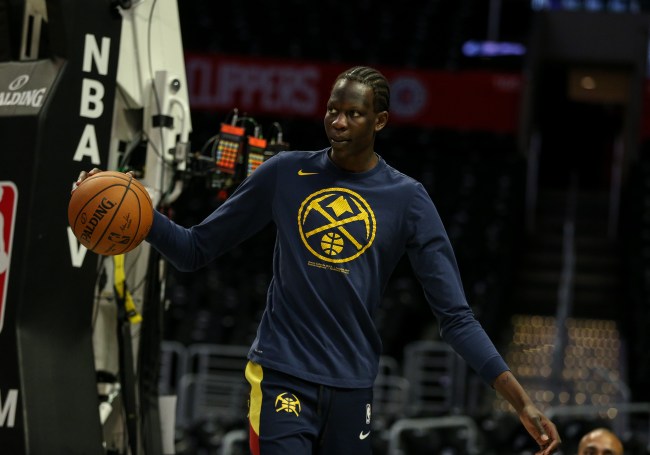 Nuggets big man Bol Bol made his NBA debut on Wednesday and balled out,

The son of the late Manute posting 16 posted, 10 rebounds and 6 blocks in an 89-82 win over the Washington Wizards in a scrimmage.

Bol Bol with the block and the pull up 3 got the Nuggets zoom call broadcast HYPED pic.twitter.com/MLrlLC0z2r

Unfortunately, Bol may have played a little too well. After the game, Bol was informed that he was required to take a random drug test.

Bol Bol was scheduled for a random drug test after this game, per Nuggets PR.

Of course, the Internet had some interesting reactions to the NBA giving Bol.

So Bol Bol was selected for a random drug test and that is what is holding up his media availability.

Bol Bol after the NBA gives him a “random drug test” after he tore up his debut: pic.twitter.com/zpRBSlqyko

They need to stop calling these things "random." They're not random, and everyone knows it. https://t.co/GLmH2fGq8s

Clearly had to test him for AnaBOLic steroids.

Chris Paul: I think you should drug test him, see if he's up to something pic.twitter.com/C09shmaj2J