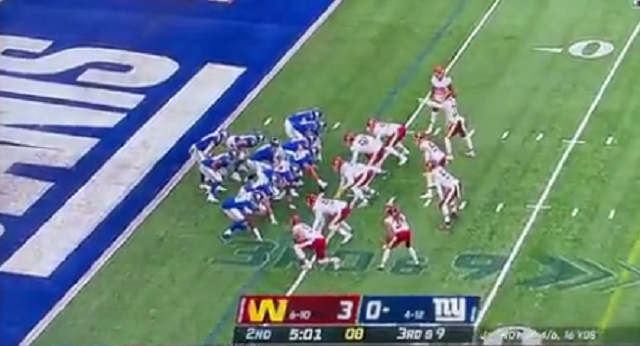 The NY Giants are ending their season in pretty embarrassing fashion.

"This ain’t a team that’s having fistfights on the sidelines. This ain’t some clown show organization or something else, okay?"

“This ain’t a team that’s having fistfights on the sidelines,” Judge said. “This ain’t some clown show organization or something else, ok? We’re talking about the foundation built. The toughest thing to change in the team, the toughest team to change in the club is the way people think. You understand that? That’s the toughest thing. You can get new players, you can have them in your damn locker room all you want. You have to change how people think. You change how they f–king — pardon my language — believe in what you’re doing.”

On Sunday, during the team’s final game of the season, people questioned Judge’s playcalling after he decided to call for a QB sneak on 3rd and 9 on the team’s own 4-yard-line with 5 minutes to go in the second quarter.

The Giants seriously just ran a 3rd and 9 QB sneak. Not a draw. A sneak. Out of a de facto kneel formation.

The Giants have packed it in the last 2 weeks one year after Joe Judge criticize Doug Pederson for not giving 100% all the way to the end. Can't make it up.

The Giants should fire Joe Judge for that QB sneak alone. That's the most pathetic play-call I can remember. Just a complete surrender.