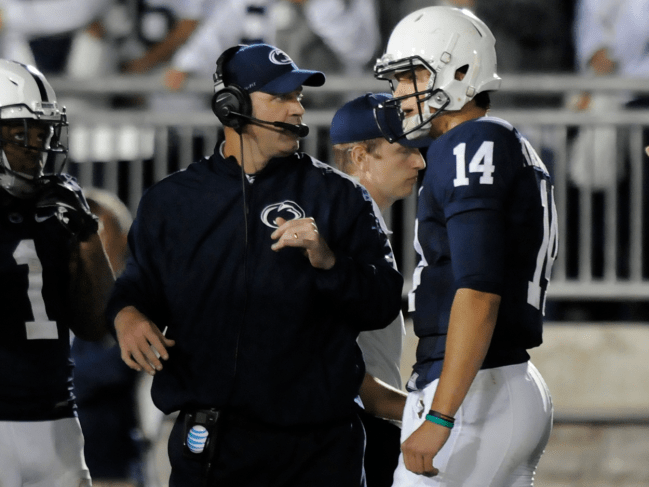 Gary Kubiak was fired as the head coach of the Texans on December 6, 2013. A month later, the team introduced Penn State head coach and former Patriots offensive coordinator Bill O’Brien was introduced as his replacement.

O’Brien, who took over from Joe Paterno, was named the head coach of the Nittany Lions in 2012 and went 8-4 in his first year in Pennsylvania. It was a record that nobody saw coming and it was the most wins for a first-year head coach in school history.

Penn State followed-up the impressive first year with a 7-5 record, led by true freshman quarterback Christian Hackenberg. The five-star recruit was the No. 2-ranked quarterback in the Class of 2013 and it was a huge get for O’Brien and the Nittany Lions.

But then O’Brien bounced for the NFL after just two years in Happy Valley.

After deciding to take the Houston job, the head coach called his quarterback. However, he unknowingly picked an inopportune time.

Christian Hackenberg was doing a keg stand when Bill O’Brien called him to break the Texans news.

In a recent conversation with Saturday Tradition, Hackenberg revealed that he was out partying when his head coach gave him a ring. He said that he didn’t even look at the caller ID when his phone started buzzing and picked up, not knowing it was O’Brien.

The entire situation was probably not the best for Hackenberg. He found out that his head coach was leaving him after his freshman year. And learned the news right after his legs were returned to the floor following a keg stand.

In the end, Hackenberg went on to be a second round pick in the 2016 NFL Draft. Everything worked out just fine. But it surely wasn’t ideal.