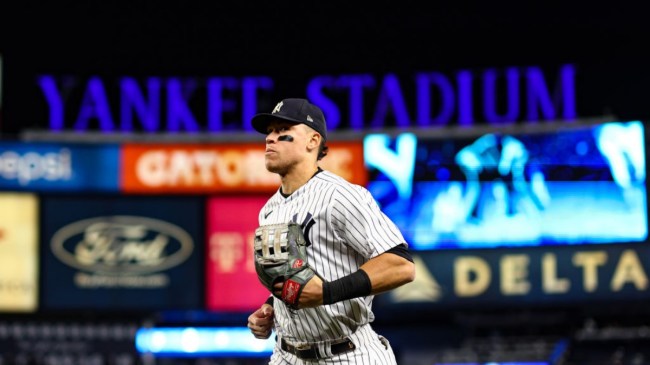 With Major League Baseball heading into its offseason, there is nobody in the sports world whose future is a bigger story than Aaron Judge’s.

Before the start of the 2022 season, Judge attempted to work out a long-term deal with the New York Yankees, but they were only willing to offer him $213.5 million over 7 years while he was looking for a longer deal that was worth $36 million per year.

They never came to an agreement and almost ended up heading to arbitration. At the last minute, they agreed on a salary of $19 million for the 2022 season.

Judge didn’t waste any time making the Yankees regret not locking him up long-term.

During the 2022 season, Judge set the American League record for home runs in a season with 62. He also finished 2nd in the American League with a .311 batting average and led the league in RBIs. He is a sizable favorite to take home the AL MVP this year.

His performance throughout this season has surely driven up his price as he now heads into free agency.

Now DraftKings Sportsbook has revealed their odds for who will end up signing Judge this offseason.

As expected, the Yankees remain the sizable favorites to re-sign Judge. He has history there and is obviously a fan favorite. They are also one of the few teams in the league with the ability to give him the contract he’s looking for.

However, there is always the chance that the Yankees’ hesitation to give him he contract he wanted convinces him to look elsewhere this offseason.

After winning the NL West in 2021, the Giants took a big step back in 2022, but could once again start building towards the pursuit of a World Series.

The Dodgers have made it clear they’ll spend whatever they have to in order to win a ring in recent years, even if that approach hasn’t been quite as successful as they would have hoped.

Wherever Judge ends up, it is sure to be one of the biggest stories in the sports world throughout this offseason.