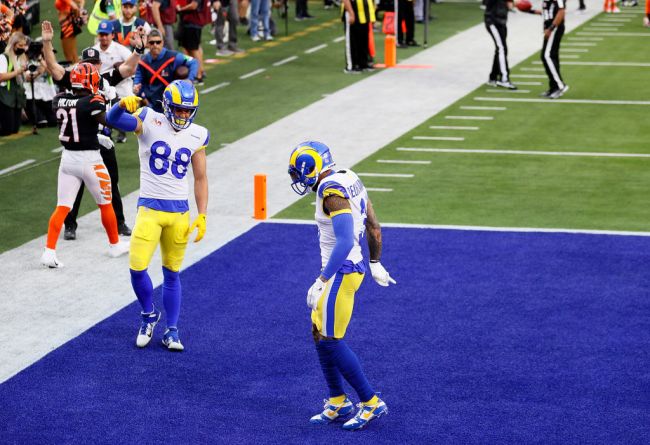 We are now a couple of weeks into NFL free agency and while there have been quite a few major moves around the NFL, there are also still a few surprising names available.

One of those names is Odell Beckham Jr, whose ACL injury has likely played a big part in his difficulty finding a suitor. There have been plenty of teams that have been speculated as good landing spots for him, but there haven’t been many solid links recently.

That changed today as NFL reporter Dov Kleiman reported that the New England Patriots have had exploratory talks with Odell.

Pats looked into signing OBJ back in November last year following his release from the #Browns, per @JFowlerESPN

If Odell is able to return close to the level he was playing at with the Rams this season, he would be a great pickup for the Patriots.

The Patriots are currently pretty weak at the wide receiver position. Jakobi Meyers has been pretty good the last couple of seasons, but the rest of their receivers right now re Nelson Agholor, Kendrick Bourne, and N’Keal Harry. It’s not exactly a group that strikes fear in the heart of opposing defenses.

Odell was fantastic for the Rams in the playoffs, putting up 288 yards and 2 touchdowns in just 4 games eve though he was injured early in the Super Bowl. If he recovers well, he would quickly become the best receiver Mac Jones has gotten to throw to in the NFl.