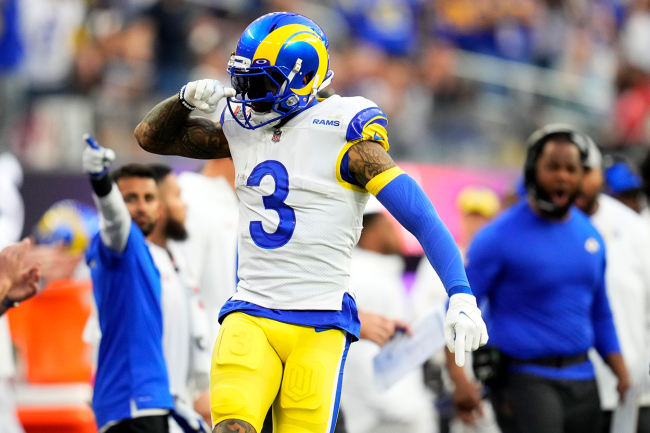 Odell Beckham Jr. reportedly tore his ACL during the Rams’ Super Bowl win over the Bengals, but that didn’t stop him from making a huge impact. The 29-year-old wider receiver, who spent a large portion of the 2021 regular season with the Browns, scored the first touchdown of Sunday’s game.

During the first quarter, Beckham Jr. went up and pulled down the first points of the game over Mike Hilton. After finding the end zone, he proceeded to celebrate with an incredibly well-executed Michael Jackson impression and moonwalk.

Content creator and videographer Billy Quach was in the right place at the right time and captured the moment in 4.6K. Quach, who works for the NFL and holds multiple freelance roles, is also the creative director at Let It Fly Media. He gets crispy shots on a consistent basis and Sunday was no exception.

And here he is in action:

When the Rams were driving, Quach went down and set up just beyond the end zone. He couldn’t have been in a better position to capture Stafford look to his right and throw the 17-yard touchdown to Beckham Jr.

The shot that he got of the score and celebration is a cinematic masterpiece. It is the most select of selects.

Here is how it came out, it is beautiful:

TALK TO ME @obj pic.twitter.com/Ym5SRYUicy

Less than a decade ago, a shot like that was unimaginable. Now people like Quach are raising the bar every single week.