Spoiled Ohio State Fans Don’t Care About The Rose Bowl, Are Giving Back A Massive Amount Of Tickets 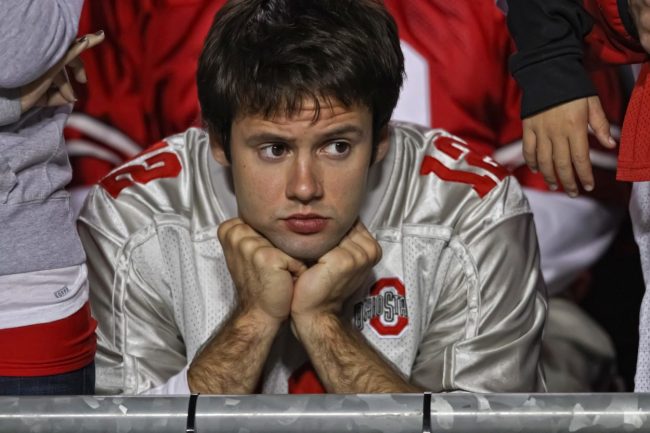 Ohio State football fans are officially spoiled. The Buckeyes have been in the College Football Playoff in each of the last two years and now they don’t care about the Rose Bowl.

In an email, tOSU associate athletic director for ticketing and premium seating Brett Scarbrough said that the school had sold about two-thirds of its ticket allotment. The school was given 20,000 tickets by the Rose Bowl and sold approximately 13,000.

As a result of the lack of interest, 7,000 tickets were returned to the bowl.

On the contrary, Utah announced last week that it had sold more than 29,000 tickets through the university ticket office. That was after the Utes sold out their original allotment of 27,800 and added an additional 5,200 tickets to its allotment.

As a result, the vast majority of the stadium will be filled with Utah faithful, who are fired up to watch their school play in its first-ever Rose Bowl. The Ohio State fans will be significantly out-numbered.

This lack of interest could be for a variety of reasons.

Buckeyes fans are disappointed to have lost to Michigan and missed out on both the Big Ten Championship and the Playoff. No doubt about that.

Columbus, Ohio is also very far from Pasadena, California. Not only that, but New Year’s Day is on a weekend this year. Where fans could take an extended vacation to L.A. in the past, it would require either a three-day fly-in, fly-out trip, or to take time off.

And, on top of that, Los Angeles and California are under some of the most strict COVID-19 restrictions in the country. It isn’t quite the same experience.

But with that all being said, a lack of interest is at the forefront.

When Ohio State played Washington in the 2019 Rose Bowl, the Buckeyes sold their 20,000 ticket allotment. That is not the case this year.