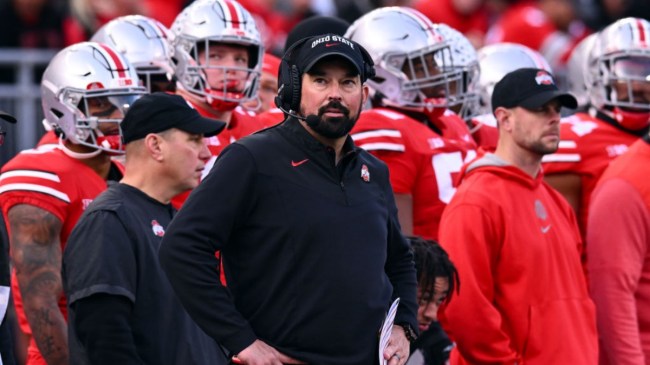 Even with this week being a holiday week absolutely loaded with action around the sports world, nothing came close to the magnitude of Saturday’s matchup between Ohio State and Michigan.

Both teams entered the game with undefeated records and holding spots in the nation’s top 4. There was a spot in the Big 10 Championship Game and a potential College Football Playoff berth on the line.

With so much on the line in the game, one bettor decided he wanted to put a ton on the line himself for this game.

A bettor in New Jersey wagered $753,535 on Ohio State to beat Michigan tomorrow at @wynnbet. It’s the largest college bet the sportsbook has taken this season.

Unfortunately for that bettor, that wager turned out to be a pretty ill-advised one.

Ohio State was only able to muster 3 points in that second half as this bettor watched their money disappear.

All of Ohio State’s fans are likely devastated by the dominant loss in this massive rivalry game that should make it so they need some help from other teams for them to get into the College Football Playoff, there can’t be anybody feeling worse about the result than this bettor.

They weren’t the only one who was convinced the Buckeyes would roll today. They entered the game favored by more than a touchdown and even the College Football Playoff Selection Committee believed the Buckeyes were the superior team.

That idea being proven wrong was very costly for this bettor.