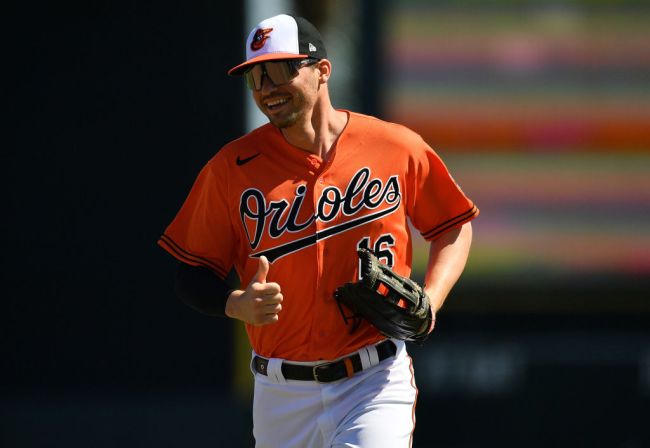 Around this time last year, Baltimore Orioles outfielder and utility player Trey Mancini stepped away from the organization to begin treatment for what was later revealed to be colon cancer. On Sunday, he stepped into the batters box for the first time in 2021 after undergoing surgery and finishing chemotherapy in September of 2020. The 28-year-old worked his way back to the team in the offseason and received a standing ovation from fans, teammates and his opponents as he walked out of the dugout and up to the plate. It was a pretty special moment and well-deserved.

These are the moments you #F16HT for.

Mancini had an incredible 2019 campaign and was one of just three players with at least 35 doubles, 34 home runs and 100 runs scored— alongside superstars Alex Bregman and Anthony Rendon. He was back in the batting order in the two-spot for his return and played first base in the field.

𝘔𝘢𝘯𝘤𝘪𝘯𝘪 on the lineup card has never looked better. pic.twitter.com/Ba84fynjFM

After receiving the curtain call, Mancini got his bat on the ball and dropped in a single. The story writes itself. He also stole a bag, but it was called back.

Trey Mancini laced a single to center in his first at bat back from colon cancer. He then stole second (but was forced back due to batter interference). #Orioles

After his day came to a close, Mancini spoke about the experience and shared how much the warm reception meant to him.

"It was amazing. I almost teared up a bit, I'm not gonna lie."

Trey Mancini was moved by the standing ovation he received before his first big league at-bat in almost a full year. pic.twitter.com/pOfTK0YSrp

If this was the welcome he received during spring training, it will be fun to see how Mancini’s regular season tour plays out. Whether rooting for Baltimore or not, baseball fans who know the story of his fight with cancer will surely be excited to see him back on the field— until he gets back to hitting dingers against their team, that is.