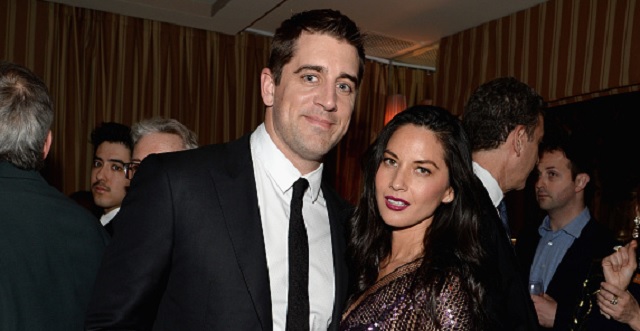 Early this morning, People Magazine broke the news that Aaron Rodgers and his longtime girlfriend Olivia Munn have called it quits after three years of dating.

“They have amicably ended their relationship of three years,” a source close to the situation confirms to PEOPLE exclusively. The source says the couple “remains close friends and wish nothing but the best for each other moving forward.”

Munn and Rodgers’ breakup comes two months after the couple fueled engagement rumors in January when she was spotted wearing a diamond sparkler on her left-hand ring finger.

News of the breakup appeared to make Packers fans very happy on Twitter. .

Aaron Rodgers is about to break all the records this year #GoPackGo https://t.co/b5pUDYSzIx

@AaronRodgers12 is single again – Guess who my fantasy QB will be THIS season!?!?

Aaron Rodgers is a single man. We're winning the Super Bowl this year

BOLD PREDICTION: Aaron Rodgers will be the NFL MVP #GoPackGo

Maybe with the breakup, #AaronRodgers can focus again on the sport of football! 😂 😂😂#GreenBayPackers #NFL pic.twitter.com/DM2ZzweKLW