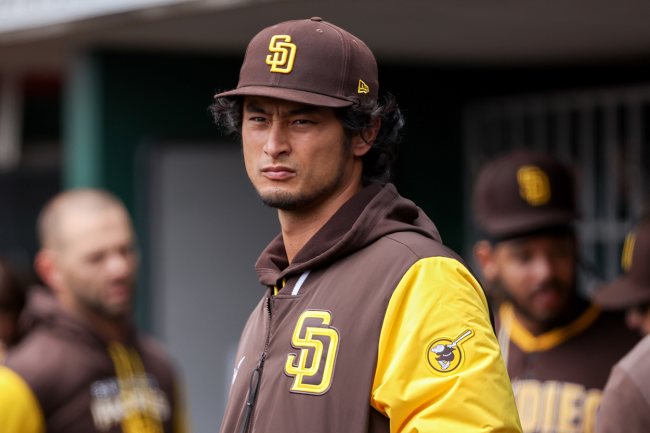 On Sunday afternoon, the San Diego Padres closed out a three-game series in Pittsburgh. Joe Musgrove was on the bump, which meant that fellow starter Yu Darvish had a day off.

Thus, he went about his business as usual and didn’t have to worry about any responsibilities in pregame. Little did he know, however, the rest of the team’s rotation was following him closely as he meandered around the field before first pitch.

In a hilarious video that has since gone viral, Darvish can be seen on the field with his teammates. Directly behind him, Mike Clevinger, Blake Snell, MacKenzie Gore and Sean Manaea shadowed him perfectly.

With every intricate move that Darvish made, his pitching counterparts copied that exact movement. It wasn’t just some bullpen shenanigans, it was San Diego’s entire rotation, which makes it even funnier.

Darvish had absolutely no idea what was going on behind him. He was completely oblivious to it all until he turned around to find that Clevinger, Snell, Gore and Manaea were also there, turning around as he did.

Over the course of his career, Clevinger has been known to be a jokester. Considering that he was second in line, it would be a safe bet to assume he was behind Sunday’s mischief. Hopefully this continues!