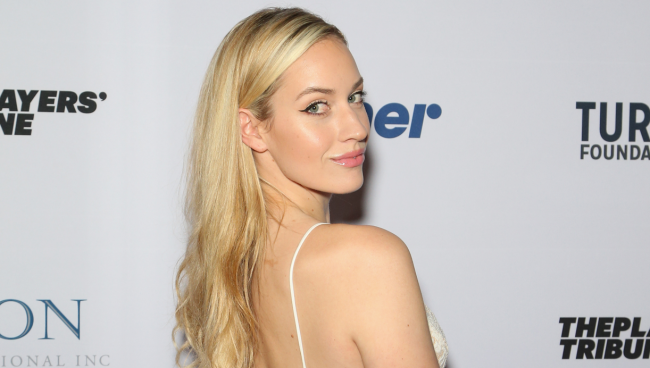 Popular golf influencer Paige Spiranac is back with another viral video addressing some of the strange slash horrible things that happen when you are a social media maven.

Last month, Spiranac blasted some of her worst critics on social media. This month, she takes aim at all of the fake social media accounts that pretend to be her.

“Are you talking to me or a fake account?” Spiranac begins her latest viral video. “Let’s see!

“Is the message coming from my verified account? If so, it is me.

“Is the message coming from an account under my name that has zero followers? It is not me. That is a fake account.

“If this account is asking for money, iTunes or Applebee’s gift cards, or a relationship, it’s not me.

“If this person insists on talking to you on WhatsApp or Google Hangouts, it’s not me.

“If they show you a badly Photoshopped passport, drivers license, or an old picture off of my Instagram to prove that it’s me, it’s not me.

“Welp. I hope that helps next time you are approached by a fake Paige (pun intended) and remember, just report and block if it’s not from my verified account.”

No hate towards Applebees though pic.twitter.com/69rTnaSSCS

Based on the comments on Paige Spiranac’s video, there appear to be a lot of fake social media accounts pretending to be her

Many of Paige’s fans responded to her latest video about fake social media profiles with some interesting and/or witty comments.

From my FB feed. I hope they paid you to use your pic on their ad. pic.twitter.com/fN56Btx2XS

“I was amazed that within 3 days of following you I was approached & followed by 6 ‘Paiges’ who all wanted to talk,” another fan tweeted. “Although I know how wonderful I am, even I knew that was too good to be true. I enjoy your posts. Keep up the good work.”

I get so many fake paige accounts following me on tiktok I could have a full time job reporting and blocking them.

“Thanks Paige, so to be clear you have 1 account? Because I have, at least, 4 of your fake accounts following me. Lol,” replied another fan.

I figured as much. There are several that have followed me I don't respond to but wouldn't block just in case. Oh well, I'll take care of that shortly. Thanks for the confirmation. BTW what about Instagram. I've noticed multiple accounts there too.

“Is this your way of getting out if our date tonight?” another fan wrote jokingly.